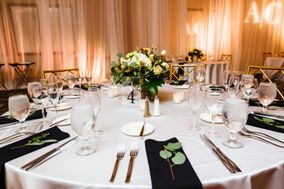 Located in Syracuse, New York, The Oncenter is a wedding venue that offers a selection of banquet hall-style facilities for soon-to-be newlyweds to choose from. Brimming with urban charm, this Upstate New York gem features a wide range of distinctive and dynamic event spaces capable of hosting... (Banquet Halls Syracuse) 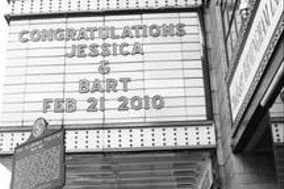 The building that is now called The Westcott Theater was originally constructed as a movie theater in 1919. Although it changed ownership throughout the years, it remained as a cinema house until it was bought in 2007 and renovated into a live music venue, opening its doors in 2008. Nestled in the... (Banquet Halls Syracuse) 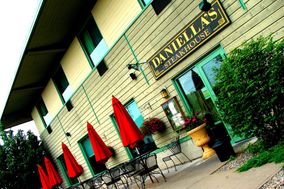 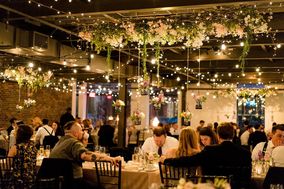 SKY Armory is a modern, loft-style wedding venue based in Syracuse, New York. Located in the heart of Armory Square, this historic building boasts a unique aesthetic and distinctive flair to give you a one-of-a-kind setting for your special day. Their professional event planners and talented... (Rooftop Weddings Syracuse) 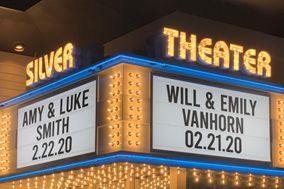 Silver Theater is a banquet hall wedding venue situated in Vernon, New York. As part of the Premier Weddings Venues family, this inviting location has been decorated to resemble a classic movie theater from the 1930s. From the crystal chandeliers to the ten-foot windows overlooking the manicured... (Banquet Halls Vernon) 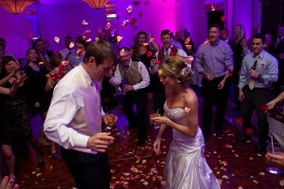 Congratulations on your recent engagement to be married! There is no greater cause for celebration than the biggest day of your life. We are honored to be considered as host for your special day! We have two elegant ballrooms totaling more than 6,400 square feet of dining space, along with... (Hotel Weddings Syracuse) 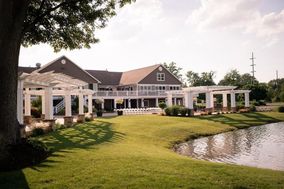 Traditions at the Links is a classic, luxury wedding venue in East Syracuse, New York. Their scenic views offer the perfect mix of outdoorsy and modern, and the team of professional staff is ready and willing to customize your wedding packaged to fit your individual ideas and exceed your... (Banquet Halls East Syracuse) 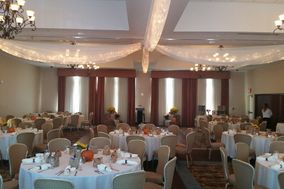 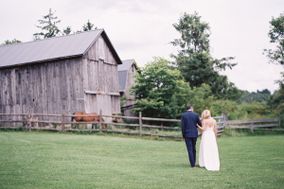 Our Farm is a charming wedding venue located in Manlius, New York. This fully-operating pumpkin farm is owned and operated by the Golub family, who strives to accommodate every couple that chooses to host their event here. The ample flower beds surrounding the grounds offer beautiful backdrops for... (Barn & Farm Weddings Manlius) 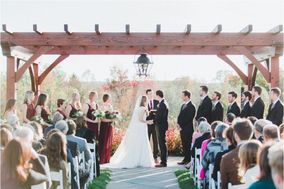 Owera Vineyards is a classic wedding venue, tasting room, and vineyard located in Cazenovia, New York. The venue is a unique combination of stunning views and elegant spaces overlooking Cazenovia Lake. Every wedding hosted at Owera Vineyards is an opportunity for couples to express themselves and... (Winery Weddings Cazenovia) 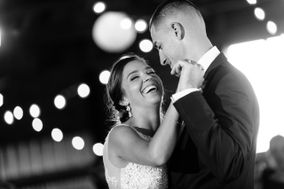 Old Hickory Farm is a rustic wedding venue located in Weedsport, New York. The venue is situated on 55 acres of lush upstate New York farmland. A former horse-riding arena has been transformed into a beautiful, spacious reception area, with nods to its equine history. Old Hickory Farm has a pond... (Barn & Farm Weddings Weedsport) 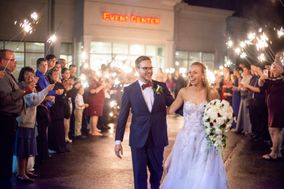 The Hilton Garden Inn Auburn has all the makings to become a beautiful all-inclusive wedding venue. Located in Auburn, New York, the space is perfectly nestled in the Finger Lake region. With the staff at your fingertips, they’re ready to work with you to create an unforgettable experience. Copy and... (Hotel Weddings Auburn) 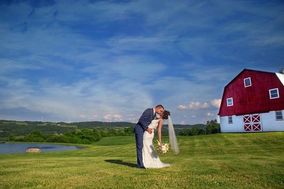 Best View Barn is a timeless wedding venue located out of Munnsville, New York. Originally built in the 1940s, this space is sure to create a stunning atmosphere for you and your guests on such a special day. The property is made up of 30 stunning acres, so you’ll have the privacy to dance the night... (Barn & Farm Weddings Munnsville)

Search Beyond Banquet Halls in Syracuse

Other Wedding Vendors near Syracuse