SoCo Videography is a Santa Rosa, California-based wedding videography company. Founders Stefan and Julian pride themselves on offering clients videos that fit your budget, not theirs. Stefan and Julian have created over a dozen film festival selections, won film awards, headed summer camps for children’s filmmaking, and more. With over 10 years of experience, the entire team loves filming in Sonoma County and the picturesque wine country within it.

Services Offered
SoCo Videography has a short-form, tradition style that beautifully and authentically captures your wedding day. The team shoots at one event per day and is available for additional hours upon request. By shooting with multiple cameras at multiple locations, every moment you want to be captured will be. Their other videography services include client revisions, drone footage, and a slideshow/montage. Your high-definition full-feature wedding video, highlight video, and save-the-date video will be available as:

Experience
Stefan graduated with a bachelor's degree in cinema from San Francisco State University and received his master's in film studies from Sonoma State University. His family’s Native ancestry dates back millennia in Sonoma County; because of this, he’s extremely passionate about showcasing the land in all of his work. Julian studied at UC Davis where he graduated with a bachelor's degree in civil engineering and spent three years as the technical director in Aggie Studios. His amazing techniques and accuracy have allowed Julian become a master of video journalism and documentary film. 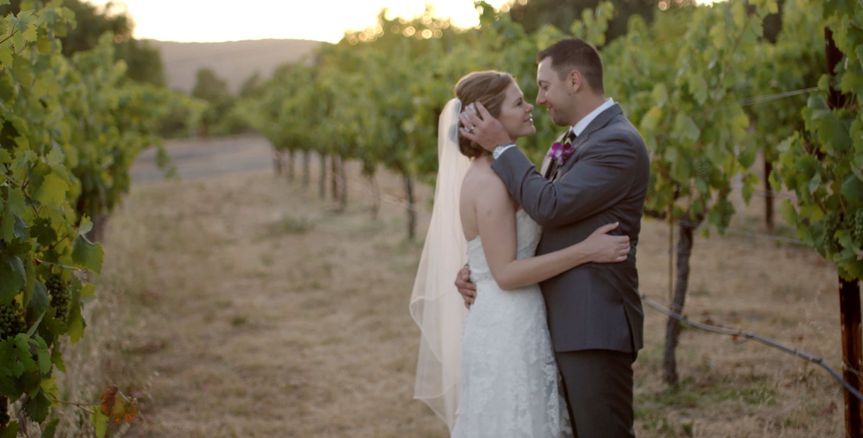