San Diego guitarist Scot Taber brings brilliant technical skill and a unique musicality to both his interpretations of traditional music and his original compositions. Trained in flamenco, classical, and latin-American styles and techniques, his diverse repertoire ranges from intimate solo guitar works to the eclectic and modern influences of his guitar ensembles.

Scot has performed as a soloist and in duos and ensembles, appearing in the most distinguished theaters and venues. In 2014 he shared the stage with Italian classical guitar virtuoso Flavio Cucchi to perform a suite of compositions by jazz legend Chick Corea. Scot continues to perform, compose, and record in San Diego. 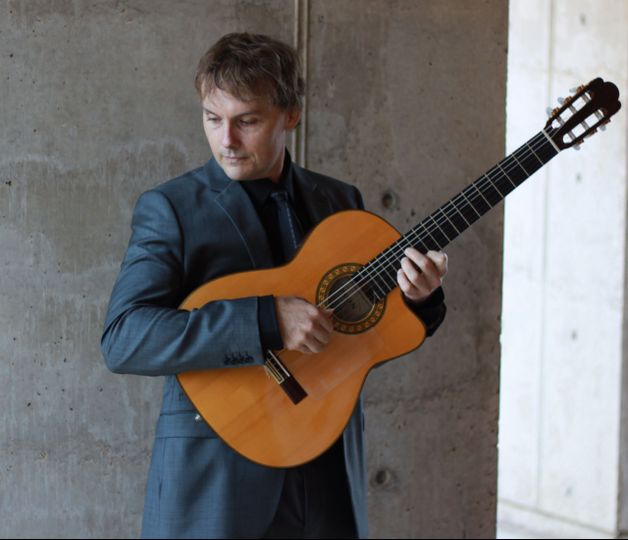