I am a guitarist in the Dallas/Fort Worth area. I have received bachelors and masters degrees in classical guitar performance. I am a professor of music at several colleges in the area and I am also a published composer. I have performed in the United States, Mexico and Spain, performed on national radio in the U.S. and Mexico, and performed on a national television program in Mexico.

I have been performing for special events such as weddings and corporate events for almost twenty years, both as a soloist and as a member of groups. I have performed wedding ceremonies with multiple guitarists and with flute players, recorder players, violinists and violists, and I've accompanied both pop and classical singers.

My album, Direction, is available for download at iTunes and Amazon and can be heard at Reverbnation. 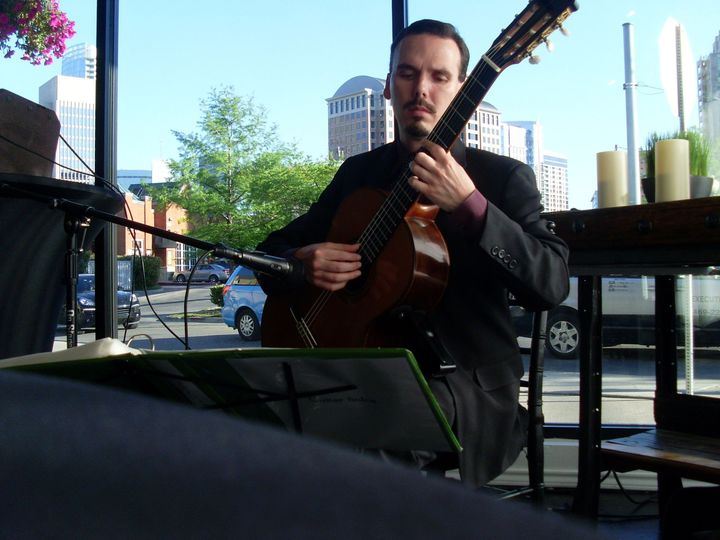