Experience
With over 100 collective years of entertainment experience, DJ D-Mac & Associates have been bringing an eclectic and crowd-pleasing mix of tunes that always demonstrate taste and skill. Their broad range of experience is perfect for a couple that wants a lively wedding that keeps people moving late into the night.

Service Offered
There is no doubt that DJ D-Mac & Associates can provide a great atmosphere for a party, and his service show that. Those services include:

Other Services
In addition to the above services, DJ D-Mac & Associates also has an impressive selection of lighting services. Our services include: 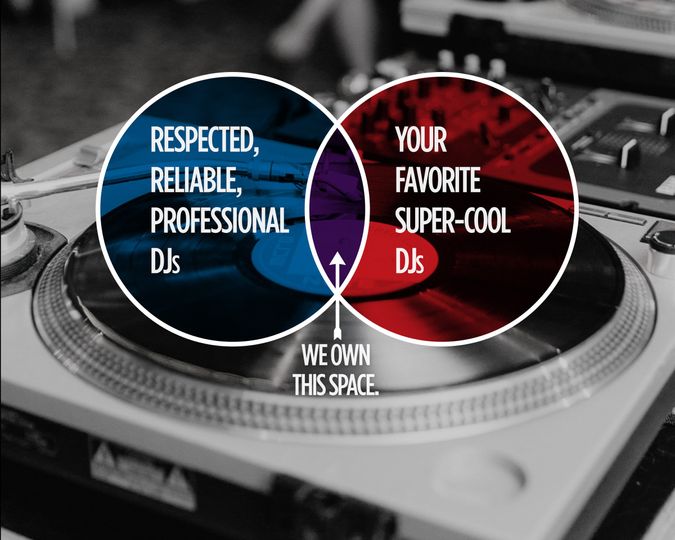 There are too many records in the world to stick to one style and DJ Stylus embraces that in his party-rocking philosophy. Dubbed The Vibe Conductor by his fans, Stylus takes a tight groove approach to mixing and applies it to a palette of tunes from overlooked classics to the newest progressive electronic sounds, connecting the soulful elements of his selections to inspire dance floors. With extensive multi-genre fluency, DJ Stylus creates musical narratives that are nuanced, compelling, ambitious and far-ranging. Check out his remixes and shows at his own site, grab some tropical vinyl releases from Sol Power Sound, or check for his Axel F Party, serving up R&B, funk and pop from the ’80s.

DJ M Dot is a DJ uniquely positioned at the nexus of music and community building.

She is a member of the Recreative Spaces Artist Collective and curator of Community Mixtape, an interactive DJ Workshop focusing on musical storytelling. M Dot transitioned from a producer of local radio programming to DJing venues across the city, including her three year running party, RISE!! which brings together DJ’s and percussionists to explore rhythms from across the globe.

DJ Stereo Faith has been sending club-goers into a frenzy with his signature style of DJing, since the mid-1990’s. The Washington City Paper calls him “a straightforward party starter.”