Burger'nFries managed by Brian Wineburger is a variety band for all taste offering a flavorful array of styles from the 50's to today's music!! We're a band for all occasions!! Weddings, Festivals, Proms, Corporate Events, Mardi Gras Balls, Private Parties, Restaurants, & also Bar & Grills!!!! Our goal is to get everyone dancing and singing along to have the best time of their lives. DJ is included in the wedding package to play the lead ups for your ceremony at no extra cost. we can sing songs in Spanish language also if you prefer & we always provide P.A. & Light Show!! Book us today we guarantee a great time will be had!! Bnf

We have experience playing weddings & balls @ Gallier Hall, The Elms Mansion, House Of Broek, The Bay St. Louis Yacht Club, English Turn Country Club, Generations Hall Metropolitan Nightclub, Trinity Banquet Hall Slidell, The Musee Conti Wax Museum, Palmetto's on the Bayou,  along with many other major wedding halls in Louisiana & Mississippi. We have played festivals @ City Park New Orleans Festival 2013, The Louisiana Gumbo Festival 2012, The Jambalaya Fest 2012, The Cochon De Lait Fest 2012, The Wooden Boat Fest 2012, The OLPS Festival 2012, The Cypress Cajun Festival 2012, The Rockin Cajun Festival 2011, The Tchefuncte River Festival 2011, The St. Bernard Parish Oyster Festival, & The Terrytown Heritage Festival. We have played @ The Superdome for Professional Football and Professional Basketball pre-game parties.....and also Casino's such as Boomtown Casino, Treasure Chest Casino, Cypress Bayou Casino, Hollywood Casino, Hard Rock Casino & Cafe & several major live music venues in the Louisiana & Mississippi areas. We also have experience playing major concert halls such as the House of Blues, The Howlin Wolf, Rock n Bowl, Southport Music Hall New Orleans, The Dock, and Flounders in Pensacola!! We will learn any song you would like to hear....If it's a special song you want us to play and it's not on our list,,,,just tell us and we will learn it just for you. We have female and male singers!! Bnf 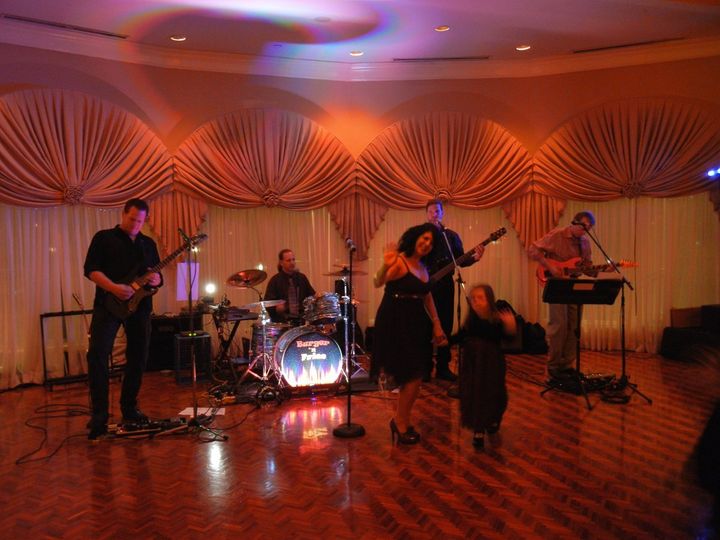