Aaron Goldfarb is a fingerstyle acoustic guitarist and entertainment lawyer in Austin, Texas. Aaron specializes in solo acoustic arrangements of popular songs from the 60s and 70s, including numbers by The Beatles, James Taylor, Simon and Garfunkel, Joni Mitchell, and Billy Joel. Aaron has performed in two official SXSW showcases and has headlined the Austin Jazz Festival and the El Paso Plaza Classic Film Festival. Aaron regularly performs weddings in Austin, Dripping Springs, Driftwood, Round Rock, and Georgetown. 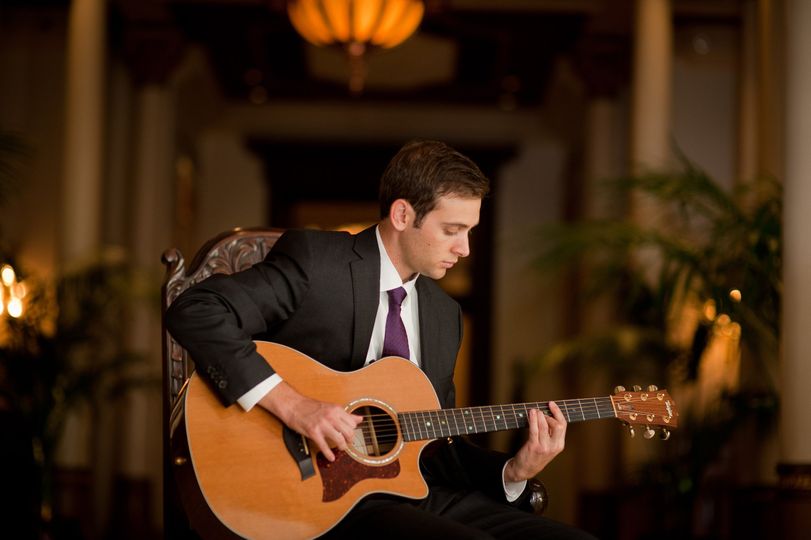