Ladies with fuller bust, what are you doing for alterations? (Pic attached)

I went in for alterations today and I was super excited to see my dress. I cam in with my strapless minimizer bra and tried it on with my dress. I loved that my bobs weren't spilling out, but once the bridal consultant automatically told me I needed a long lined bra. I said okay, she went and the back and got me one. I tried it with the dress and I felt extremely uncomfortable. There were too much cleavage. The bridal consultant and seamstress kept saying "you've been blessed in the front, don't be ashamed!" I'm a 36D but no one would ever know that because of the kind of bras I wear. I like wearing minimizers because it makes my boobs look smaller.

I felt pressured and bought the long lined bra. My coworker who was with me told me she can tell I was uncomfortable in the dress. Once I got home I called Bridal Reflections to tell them I didn't want the seamstress to sew in the bra. I'm going in on May 3rd to try on a different bra. 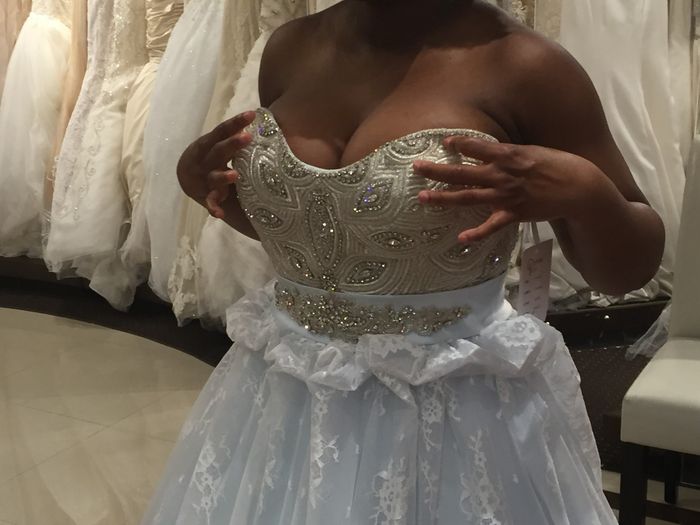