About Wedding Ceremonies by Jim Burch

Wedding Ceremonies by Jim Burch is an officiant service provider based in Clifton, Virginia, and serving all of Northern Virginia, Washington DC, and portions of suburban Maryland. Jim is considered one of the best officiants in this region, and has won numerous awards, including WeddingWire’s top achievements for the past two decades. Jim Burch believes that every wedding should be a celebration of joy and love, and he can help you make this event a day you'll never forget. Focusing on the spiritual rather than the religious, Jim Burch will cater to your needs and desires to make sure your day is everything you dreamed it would be, whether you desire something indoors or outdoors, and something traditional or uniquely you.

Services Offered
Jim is open to all spiritual denominations (and none), providing officiant services for couples of faiths such as Hindu, Islam, Lutheran, Orthodox Christian, Taoist, Pagan, Quaker, Methodist, Jewish, and Unitarian. If one of you does not believe in Divinity, Jim can talk about the Loving Consciousness within which we all draw our existence, in purely scientific language that will resonate with all. Couples are also provided with customized ceremonies, which Jim will work directly with you to create. Wedding Ceremonies by Jim Burch is able to offer his services for the following types of celebrations:

Areas Served
Jim is licensed to perform ceremonies in the states of California, Florida, Louisiana, Maryland, New Jersy, Pennsylvania, Vermont, Tennessee, Colorado, Kentucky, Massachusetts, North Carolina, Ohio, South Carolina, Virginia, and Wyoming, as well as Washington, D.C. He can actually get a license to officiate anywhere, but concentrates mostly in this area. 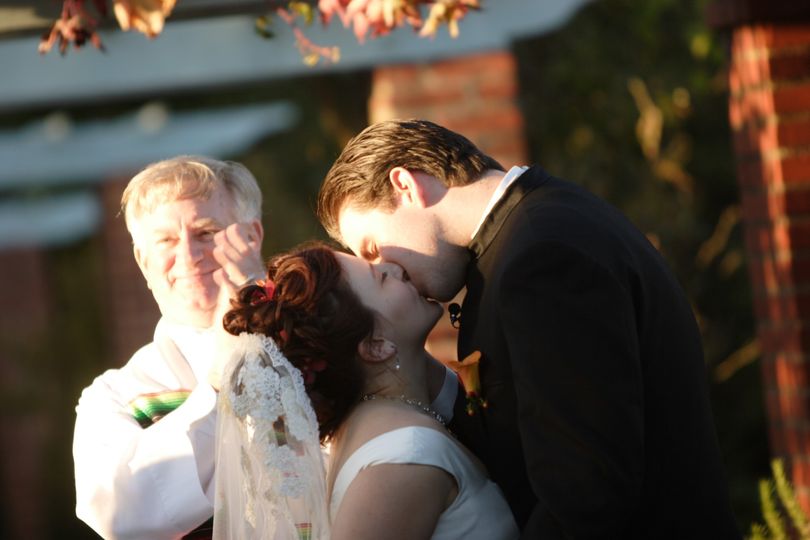