Bringing a touch of elegance to your wedding or event, Virago Ensemble is a collective of musicians based in Tallahassee, Florida. Members of Virago Ensemble are graduates of the Florida State University College of Music, where they all held graduate assistantships. Being an eclectic group, the ensemble can perform in various configurations and play different styles of music, allowing them to cater to each client’s needs. 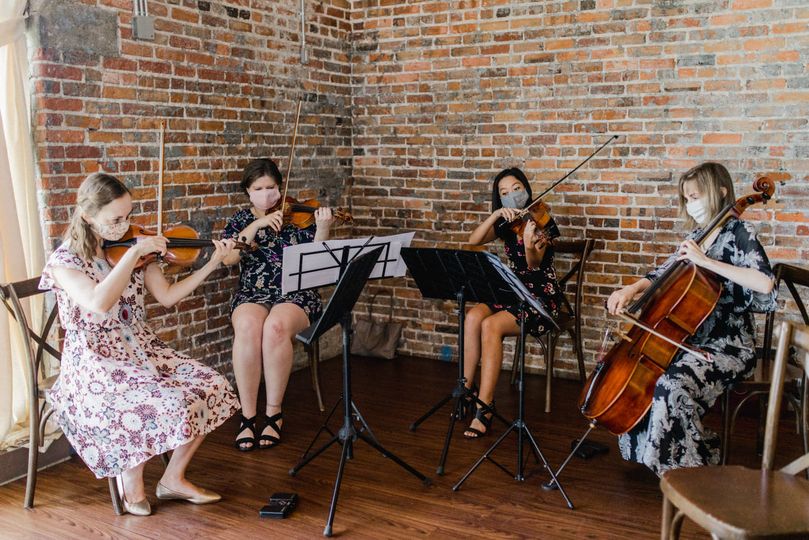 Beginning her studies at the age of 4, violinist Megumi Terry has toured throughout the United States, Asia, and Europe, performing at venues such as the Statue of Liberty and the Great Wall of China. Terry has performed on The Today Show based in New York City and made her solo, Carnegie Hall debut in 2015. A laureate of the International Stradivarius Competition, Terry took the prize for “Utah Native” and subsequently performed with the Utah Philharmonic Orchestra, Southwest Symphony, The Orchestra of Southern Utah as well as Pleasant Grove Orchestra. A recent graduate of Brigham Young University, Megumi spent her time under the tutelage of Monte Belknap and performed as concertmaster and soloist with the BYU Philharmonic. Terry’s excellence as a chamber musician resulted in an appointment to the BYU Honor’s Quartet as well as the award of “Presser Scholar” for the 2016-2017 season. Having worked with Josh Groban, the band Train, Andrea Bocelli, Sarah Brightman, and other artists, Terry enjoyed an established career in the Salt Lake City area as a freelance performing/recording artist, and held an adjunct faculty position at Brigham Young University before moving to Tallahassee. A graduate assistant to Professor Corinne Stillwell, Terry is currently a violin master's student at Florida State University and was recently awarded "Audience Prize" for the FSU Solo Violin Competition. Terry is a member of the Tallahassee Symphony Orchestra, Sinfonia Gulf Coast, and Northwest Florida Symphony Orchestra, and plays viola in the Sinfonia Gulf Coast Quartet in Residence.