About The Artie Dean Harris Band

The Artie Dean Harris Band is a professional band in Louisville, Kentucky, whose five members have degrees in music from Bellarmine University and the University of Louisville. Because of their individual styles and abilities, these musicians are able to play a mix of country, dance, motown, pop, and southern rock, which will give your wedding a diverse and popular variety of music.

In addition to their individual styles, The Artie Dean Harris Band can also perform music from acoustic, classic rock, funk, hip hop, jazz, oldies, R&B, soul, swing, and today’s top 40. They have liability insurance and can provide your event with music during breaks, ceremonies, cocktail hours, receptions, and rehearsal dinners. The band is willing to travel wherever you need for your event. Couples can also request:

The Artie Dean Harris Band can also play alongside a live DJ. Items like microphones and a sound/PA system can be included with the band, as well as: 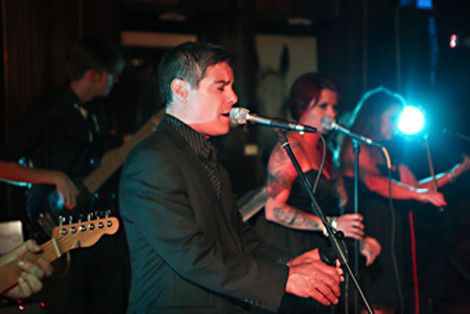 Write a review
4.8 out of 5.0
14 The Artie Dean Harris Band Reviews
Sort by:
See more reviews