Style Points DJs is a wedding entertainment service based in Bloomfield, Connecticut. Since 2016, they have been providing top-quality entertainment for special events. This duo comprises of Matt Gwozdecke and Jerry LaPenta, who prefer to hit the decks together, allowing for more flexibility and greater attention to detail. These two are passionate about helping you create the celebration of a lifetime, from upbeat mixes to tailored playlists. You can look forward to an unforgettable night on the dance floor with the help of this DJ double act.

Style Points DJs are committed to providing an individualized client experience. You are invited to consult with them regarding your preferred vibe for your evening’s entertainment. You can work with them to create custom song cues and detailed do-not-play lists. They can offer MC services as well as professional sound, wireless microphones and PA systems. Furthermore, they offer professional-grade uplighting and party lighting setups that will take your event's venue to its maximum potential. This duo guarantees exclusivity by only booking one event per day, devoting all of their attention to your spectacular celebration. 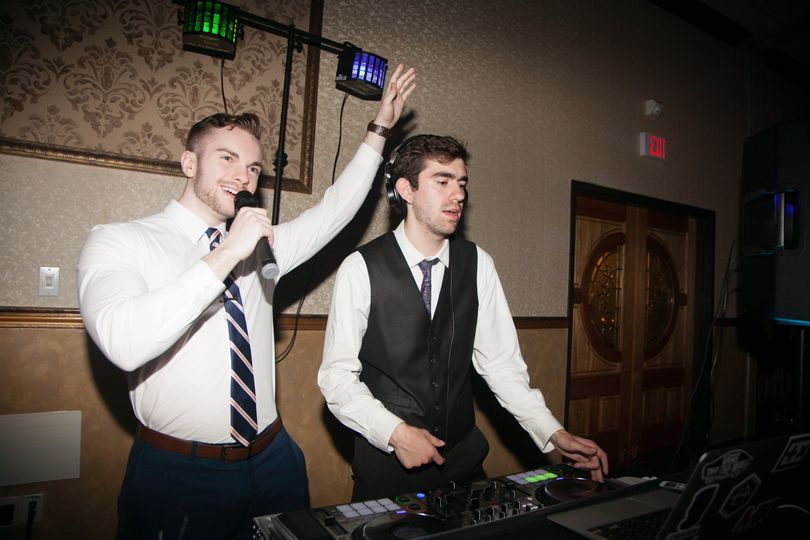 Matt began DJing in 2016 with Jerry after discovering a mutual love for electronic dance music from the likes of Zedd, Martin Garrix, and Hardwell. After practicing together every night for months in Matt's college apartment, he and Jerry were offered to DJ for a UConn fraternity event, and never looked back!

Matt went on to DJ dozens of additional events with Jerry throughout the next three years, such as weddings, graduation parties, sweet 16s, college formals, cultural events, silent discos, and more.

Matt's college DJ career culminated in being offered to be the UConnic Music Festival house DJ alongside Jerry. They played in front of a massive crowd of thousands, with artists such as Lil Baby, Summer Walker and Sean Kingston. It was an incredible experience that cemented his passion for music.

In addition to being a DJ, Matt is a music producer and mixing engineer. He creates dance music with Jerry under the same name, Style Points. Matt mostly focuses on making deep house music; the genre he feels is most unique for its emotion, depth, and groove. Some of his favorite artists are MK, KREAM, M-22, Gorgon City, MEDUZA, TCTS, and Purple Disco Machine. He hopes to collaborate with these artists someday as he continues to improve as a producer!

Jerry has worked alongside Matt since the inception of Style Points in 2016. He was originally inspired to pursue music following an unforgettable night seeing Zedd live in concert. Blown away by the energy that Zedd created, Jerry knew he was destined to chase his musical ambitions.

One of Jerry's favorite things about DJing is engaging with a crowd. He believes the ability to read a crowd and capitalize on their feedback is critical to any DJ's skill.

Jerry is the creative mind behind many of Style Points projects, regularly making new song ideas for them to work on. Additionally, he is a skilled mixer who creates all of Style Points DJ mixes (which you can hear on our website or Youtube Channel!)

In addition to music, Jerry is also passionate about baseball. He has played since he was five years old and loves the competition that the sport brings. Some of Jerry's favorite musical artists are Zedd, Joel Corry, FISHER, Oliver Heldens, and John Summit.