About Photos by Michael Angelo

Photos by Michael Angelo is a photographer based in McAllen, Texas, who has covered a number of destination weddings throughout the country and abroad. Founder Michael Angelo combines Renaissance-era lighting techniques with vintage lenses and hand-painted backdrops to create truly regal, one-of-a-kind images. This photographer delights in depicting the nuances of his clients’ relationships through his distinct approach.

Photos by Michael Angelo specializes in producing unique photos of your milestone moments for you to cherish for years to come. This photographer’s style can be described as timeless and artistic, as he strives to reflect the essence of your special occasion. For more extensive coverage of your event, a second shooter can join Michael. He also offers boudoir and engagement photoshoots to preserve the memories leading up to your big day. Though based in Texas, he is happy to service weddings throughout the country and has even covered a few celebrations in Mexico and Europe. 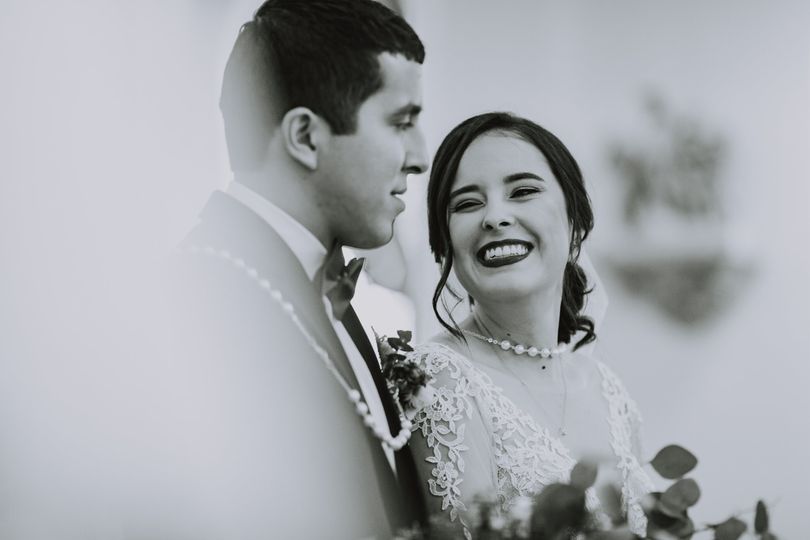 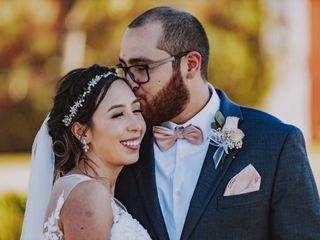 4 Reviews for Photos by Michael Angelo

Team of Photos by Michael Angelo

Michael Angelo combines his background as a writer with his passion for photography to tell your stories through the timeless practice of photojournalistic photography: the Bressonian "art of the found". Employing a mixture of Renaissance-era lighting techniques with vintage film lenses, hand-painted backdrops, and a discerning eye for posing and expressions, Michael Angelo's portraits are timeless, artistic, and truly serve to capture the essence of the subject.


Having worked at several publications (including The Monitor, Pulse Magazine, World News & Report, The Pan-American, and The Panorama), Michael Angelo is well-accustomed to difficult shooting conditions and tight deadlines. Rain, shine, snow, or heat, his team is always ready to capture a fleeting moment.


The Photos by Michael Angelo team has covered weddings all over the United States, as well as a few in Mexico and one engagement in Germany, and hope to expand their growing portfolio of destination weddings in the coming years.


Michael Angelo was also a semi-finalist on Top Photographer with Nigel Barker, is currently the city of McAllen's chief photography instructor, and has his first gallery exhibition coming up in November 2021. He is also currently being considered for an artist-staffed mission to the moon in 2023.


That's Michael Angelo in a nutshell. You know his story, now let's tell yours.

Zachary’s passion for the arts has always been evident in his career pursuits, His studies in set design, theatre, and film/cinema earned him his Bachelor of Arts degree from UTRGV, and he skillfully employs this knowledge to produce his unique brand of narrative storytelling through visual imagery.

Alongside that knowledge comes the experience that Zachary has earned from his years working on numerous hollywood sets, commercials, productions, and short films, with more than his fair share of hours logged as a primary/auxiliary shooter, grip/PA, and even being cast a few times as an actor

Zach holds an impressive collection of awards from the numerous film races and short films he has worked on, including his coveted Best Cinematographer trophy from Cine Sol’s 36 Hour Film Race.. Zach also completed a rigorous internship with the Shakespeare Theatre & Co., having served as their photo/video media specialist during their bustling 2019 summer performance season.

(fun fact: he literally broke a leg during that work season, and still managed to fulfill his responsibilities for the remainder of his internship. Zachary is a trooper through and through.)

In addition to the numerous short film, wedding, and music video projects he has in the works for 2021, Zachary hopes to continue to expand his wedding portfolio with new locations, exciting couples, and as much adventure as you’re willing to throw at him.

Zachary has worked alongside Michael Angelo for years, covering weddings and engagements all over the USA. As Photos by Michael Angelo continues to expand its international operations, Zachary hopes to one day achieve his goal of shooting an event in Sri Lanka.

You know his story, now let's tell yours.