The Orpheum Theater is a historic performing arts venue in the heart of New Orleans’s Central Business District. Built in 1918, this iconic space combines a 100-year legacy, fully renovated facility, and state-of-the art enhancements to support a variety of weddings, events, and world-class concerts by leading performing artists. Its versatility as a venue provides couples a unique backdrop and story for their special day, allowing them to share a stage that has played host to performances by the Beatles, Deftones, and other famous artists, and was featured in the 2018 Oscar-winning film for Best Picture, “The Green Book.”

Additionally, the theater offers state-of-the-art audio and lighting systems used for world-class performances. These systems can be tailored to the needs of any event.

The Orpheum's wedding package is designed to create a one-of-a-kind experience for couples on their special day. The package includes the following services:

The Orpheum Theater remains one of the most historically significant landmarks in New Orleans, a city whose past and present visibly coexist, and whose traditions and ancestry continue to influence the commentary and activity of daily life. Designed by architect Gustave Albert Lansburgh for the Orpheum Theater and Realty Company, construction on the Orpheum Theater commenced in 1918. By 1921, the theater opened as a destination for vaudeville before eventually hosting silent movies, “talkies,” live music, and other shows. In 1982, the theater was listed on the National Register of Historic Places. In 1991, it became the home of the Louisiana Philharmonic Orchestra (LPO), which chose the theater for the acoustical purity of the theater’s vertical hall design. The vertical hall was built to enhance the visual and auditory integrity of vaudeville shows, which lacked contemporary innovations such as amplifiers and lighting.

After Hurricane Katrina and the subsequent levee failure, the lower reaches of the Orpheum Theater became flooded and its roof damaged. The LPO no longer played at the property, which suffered significant damage and fell into a state of disrepair. That changed in February 2014 when Dr. Eric George acquired it and completed a $13 million renovation. Among many enhancements, the upgrade encompassed the construction of an adjustable orchestra floor, expanded marble lobby, enlarged seating, additional bathrooms, multiple bars, and enhanced acoustics.

On August 27, 2015, on the ten-year commemoration of Hurricane Katrina, the theater once again reopened to host a reception celebrating the historic event. Among those in attendance were the Governor of Louisiana, Mayor of New Orleans, business leaders, executive and athletes of the New Orleans’ Saints, celebrities, performers, and other important stakeholders of the community. Shortly after, the LPO returned to play its first concert at the Orpheum in more than a decade, and on a night that marked its 25th anniversary season.

Located in the Central Business District and one block removed from the Canal Place—the main thoroughfare of the city—the Orpheum Theater is a less than 15 miles from Louis Armstrong New Orleans International Airport (MSY), and is conveniently located near many of the city’s most popular hotels—with more than 40 located in the CBD. Across the street from the Roosevelt Hotel, the Orpheum is located blocks from hotel chains such as JW Marriott, Ritz Carlton, Hyatt Regency, and ACE Hotel, as well standalone properties such as the Windsor Court.

The Orpheum is also close to many popular attractions. Nearby destinations include:

In a city where food captures the heart and preoccupies the mind, the Orpheum is also near many award-winning restaurants, including:

Contact the Orpheum Theater today and make your wedding one of a kind! 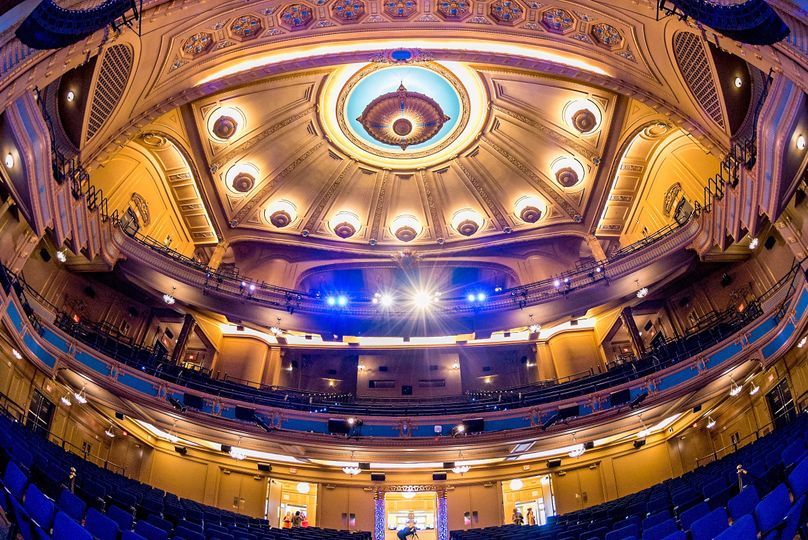 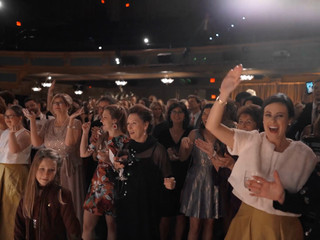