About My Happy Day

My Happy Day is a wedding officiant company located in Pittsburgh, Pennsylvania. Their experienced officiants perform interfaith, spiritual, and secular ceremonies for couples in and around Pittsburgh. As ordained and non-denominational ministers, they are dedicated and committed to creating wedding ceremonies that are personally tailored to each couple, making it meaningful and unforgettable. They have officiated hundreds of weddings and commitment ceremonies for couple of all backgrounds, beliefs, cultures, and sexualities, making sure that each ceremony honors and celebrates the couple. My Happy Day is licensed to perform weddings across the United States except for Hawaii and Illinois.

Services Offered
My Happy Day offers their services for civil unions, interfaith ceremonies, vow renewals, and religious and non-religious weddings, each with the option of custom vows. They also facilitate rehearsals. My Happy Day can officiate ceremonies in English, Hebrew, and German, and aim to keep them short and sweet - less than 30 minutes. They serve couples of many different religions and belief systems, including: 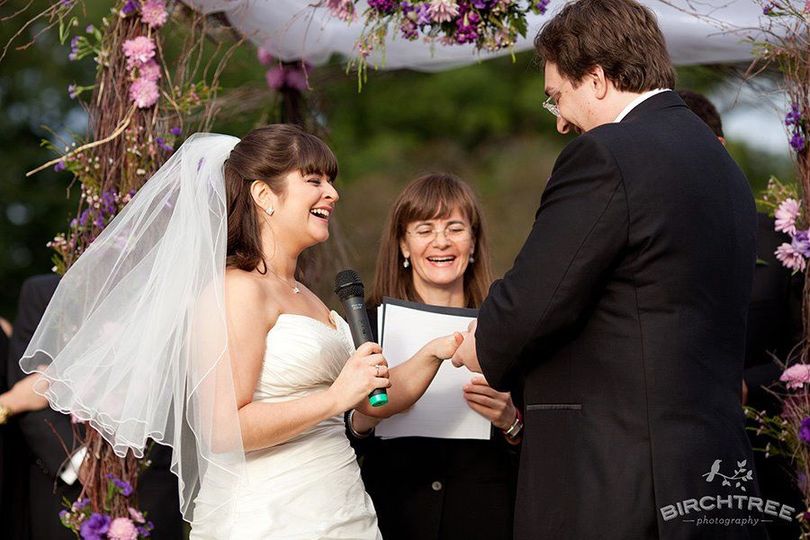 79 Reviews for My Happy Day Devoted To You Wedding Planners