Kelsey Foeller is a violinist from Rhode Island. Kelsey has been performing at wedding ceremonies, cocktail hours, engagements as well as private events for over five years all over Rhode Island and Southern Massachusetts. Kelsey graduated from Rhode Island College with a Bachelor of Arts in Music and a Master's in Music Performance from the University of Rhode Island. In addition to weddings, Kelsey teaches private violin and viola lessons in Rhode Island.

Kelsey is a classically trained violinist with over 20 years of experience. She has been featured as a soloist with the Rhode Island College Chamber Orchestra. Kelsey was the concertmaster of the University of Rhode Island Symphony Orchestra. In addition Kelsey has played with various orchestra's in the state of Rhode Island including the Rhode Island Philharmonic, Ocean State Orchestra, Warwick Symphony Orchestra and Boston based Firebird Pops Orchestra, , which has been creating virtual orchestra performances throughout the pandemic. The orchestra has performed music from Harry Potter, Phantom of the Opera as well as classical orchestra pieces.

Kelsey will work with couples to find the perfect set list of prelude, processional and recessional music. Kelsey plays a variety of music from Ave Maria to Ed Sheeran. Kelsey is happy to learn other requested songs 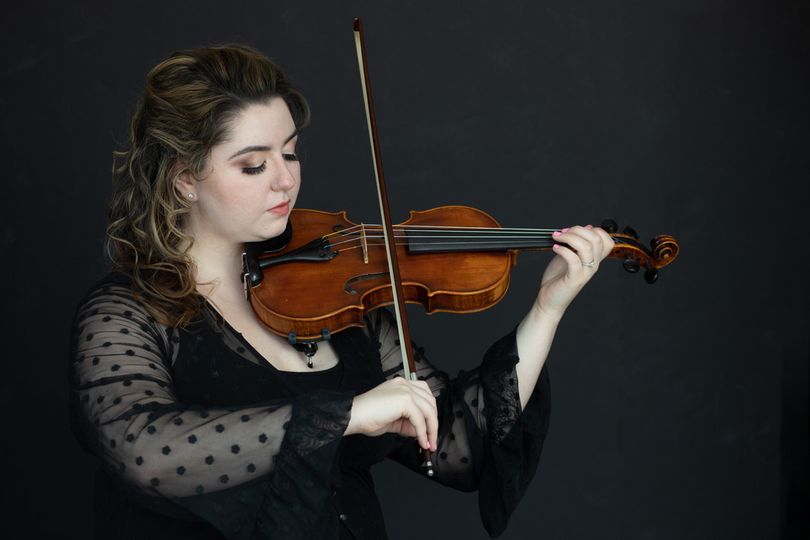