When we met more than three years ago, we had no idea that we would be building a company together! We both have had a deeply rooted love and passion for photography since either of us can remember, so it only seemed liked it was a logical career choice for us. Wedding photography has been very rewarding and we have been blessed to make it more than just a hobby. We get to meet the coolest of couples and by the time their wedding day comes around, we are practically best friends! Brittany and I both also share a love for adrenaline and have started working on our bucket list of theme parks to visit. We recently checked off Disneyworld and Universal Studios in Orlando Florida this past March.

When James isn't carrying a camera around, he devotes most of his time to the growth of this company. He is proud of what he has built and looks forward to the future and all that it has in store. When he is not wielding a camera or sitting behind his computer, James enjoys working on classic cars like his 1963 Chevy Nova that he has owned since he turned sixteen. During the summer, he enjoys traveling to car shows and cruise ins and spending time with friends and family

Brittany has been with Inspire Film Studios from the start and has been a major part of the businesses growth over the past few years. Brittany works full time as an apartment manager while juggling the lavish lifestyle of a wedding photographer. When Brittany is not working, she enjoys spending time with her pup Peanut, a miniature Pomeranian. studying the art of makeup and planning our next trip to Disneyland. 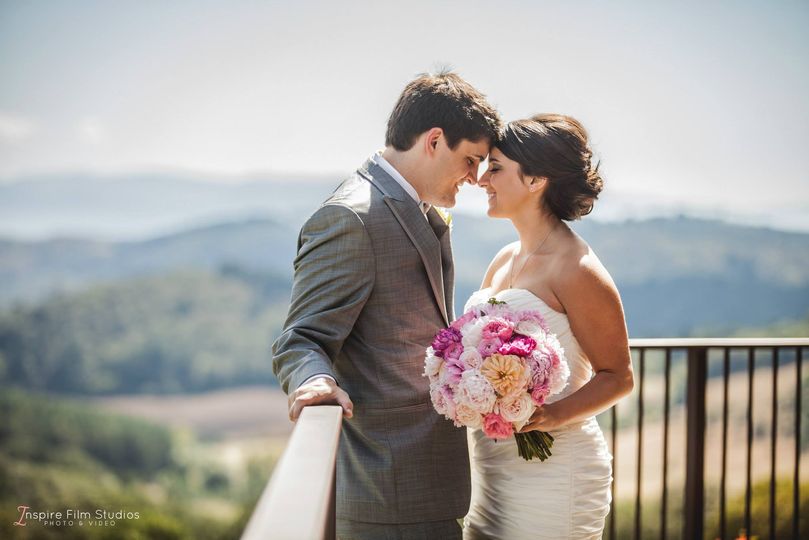 Recommended by 89% of couples