About Gary Farr & His All Star Big Band

Gary Farr & his All Star Big Band is the best of the best musicians around. These are some of Gary’s old friends and some new ones.  He brings back class and professionalism to the stage featuring music from the Big Band era with some current music mixed in. The band is joined with several recording artists & guest singers.

Gary studied classical applied piano in college with guest professor Eugene Bosart at Barry University before switching his major to composition. His exposure and love for jazz along with composing was his passion. He also studied advanced orchestral and choral conducting and arranging. Turning professional at the young age of 20, he went right to work as musical director and arranger for several singers before forming his own bands.

Gary provided music and entertainment in the South Florida area from 1980 to 2001. He then took a successful hiatus to pursue his career in Los Angeles, producing CD’s, writing and placing music for TV & film and creating and programming music for Internet radio channels. After nearly 10 years, Gary came back, alive and kickin’ in Florida with a band that is bigger, better than ever and will keep you entertained with quality, class and lots of fun music.

You will be entertained from the music of Frank Sinatra, Buddy Rich, Glenn Miller, Count Basie, Harry James, Duke Ellington, Harry Connick, Jr., Michael Buble, The Beatles, Elvis, K.C. & The Sunshine Band, even a Lady Gaga song and so much more. 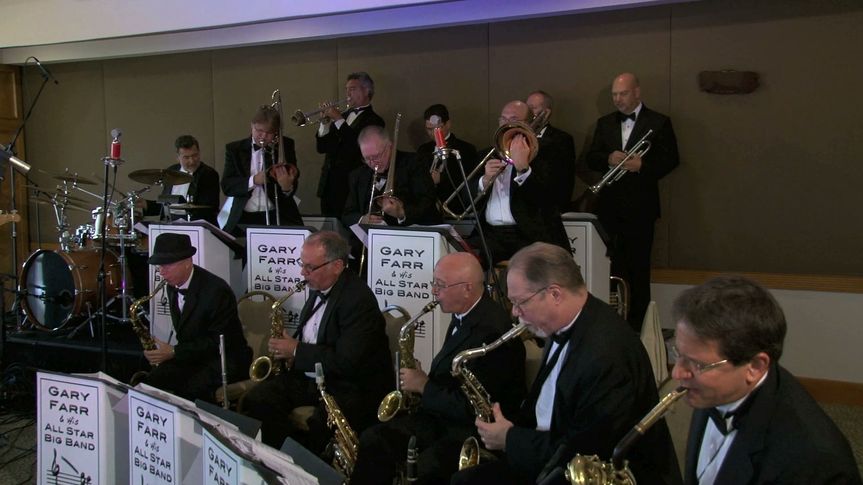