Father James St. George is an ordained priest offering wedding officiant services in Fourtown, Pennsylvania and has for the last 14 years been named in the top officants nationally and recognized as a Couples' Choice Award!

As an ordained Franciscan and Old Catholic Priest, he also serves as pastor of Saint Miriam Parish & Friary in the suburbs of greater Philadelphia. Loving what he does, he is one of only a few Catholic priests who will travel to an off-site location, and also marry couples of various denominations and faiths. Each of Father James St. George’s ceremonies are customized to reflect the couple, as well as the importance of the commitment they are making.

Services Offered
Father James St. George has performed over 2,800 weddings in Pennsylvania and various other states, and is licensed to provide his services in Pennsylvania, Delaware, Maryland, Maine, New Jersey, New York, and Ohio. He can officiate interfaith and single-religion ceremonies, as well as vow renewals. If requested, he can also attend the ceremony rehearsal to ensure all involved in the wedding understand their responsibilities. 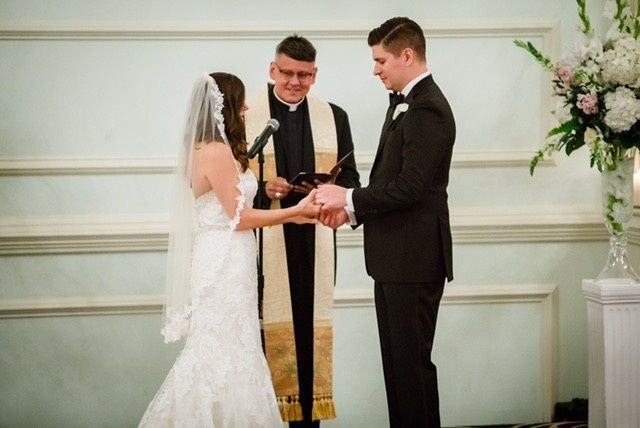