Suits/Tux, SO expensive!! Anyone else surprised by the price?!

FH and I just got back from Men's Warehouse, holy COW 235 bucks to only rent a tux in a navy blue color I didn't really like. They had 3 suits, 3 tuxes to choose from. Grey, black, or navy for tuxes, grey, black or tan for suits. They had ZERO selection and wouldn't let us try anything on. Is that normal..?

Where is everyone renting from? I figured it'd be 150 bucks tops, maybe I'm crazy lol. I've checked the vendors tab, anyone familiar with Generation Tux? We have quite some time before we need to nail down a tux/suit. The people at Men's Warehouse asked why we wanted suits when I'm in a fancy dress, why not do tuxes. TBH I can't tell a difference haha but maybe that's just me since I don't know much about men's formal wear. We're looking for something like the picture, but with a blush colored lapel. Should be pretty easy to find, but not for 235 bucks! That's with a 40 dollar discount...... 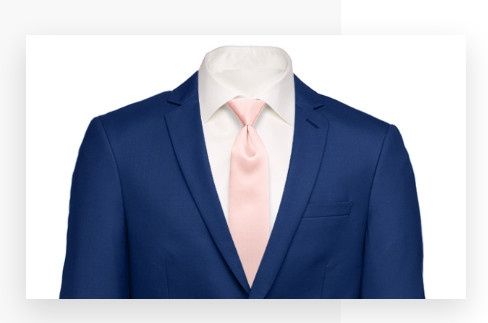