My wedding colors are Blush, Gold and Ivory. Recently realized how much my dress has silver-ish embellishments in the top part. I was planning to wear gold accessories and shoes. Do you think it will still match? or should I switch to silver? I read somewhere in a fashion blog that it is ok to mix metals, but this is so new to me that I can't decide. 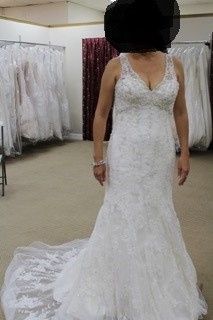