Reception faux pas - yes or no?

Elizabeth, on January 14, 2021 at 4:59 PM Posted in Wedding Reception 0 71
Saved Save
Reply
So someone I know thinks this is ok and planning on doing it at her wedding. Would you be offended? Im trying to get some perspective. It just comes off as REALLY rude to me. Is this a thing ladies? Is this acceptable this day and age? Idk why buy everyone dinner but not eat with them and go eat in a whole different room?! So much for a thank you. Can’t be bothered to eat with all these people you invited but happy to take their gifts and money. I don’t think I would go to this wedding if this is how they plan to act. Would you? 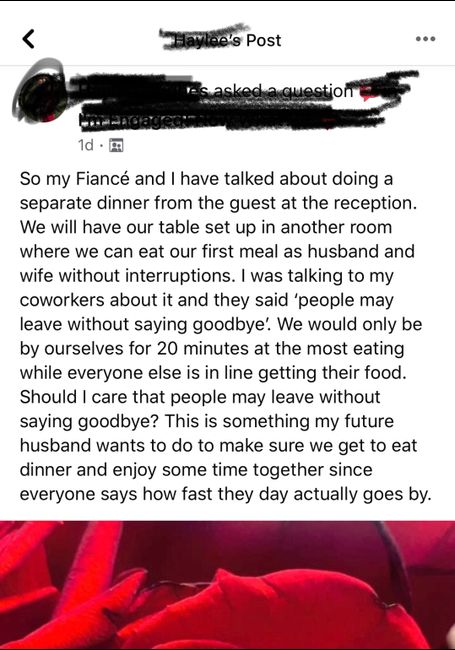