ARE YOU A VENDOR?
Back to Donnie Brown Weddings and Events 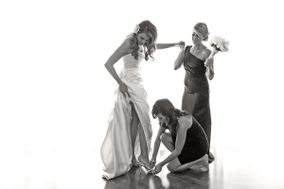