Cape Town has gained much recognition as a world class destination. Its wine region, stunning landscape and coastal feel are like no other.

Cape Town South Africa is an eclectic metropolis on the southernmost tip of Africa. In the last decade it has seen a boost in tourism infrastructure in part thanks to the FIFA World Cup South Africa hosted in 2010. A honeymoon in this unique city is perfect for active couples with a penchant for the finer things in life. Within the city, Table Mountain National Park offers amazing sightseeing and hiking opportunities. The peninsula’s coastline is great for surfing or aimless beachcombing. Upscale hotels, chic restaurants and waterfront shops abound in areas such as V&A Waterfront. Just a short drive away, the country side vineyards produce some excellent Chardonnay, Semillon and Sauvignon Blanc only to name a few —a gold mine for lovers of crisp white wines. There is a great deal of wildlife in the region, with penguins and seals frequenting the beaches and whale watching tours available.

Whether you're into wine tasting, wildlife, or a little of both, Cape Town is an ideal honeymoon destination for the adventurous and active couple. 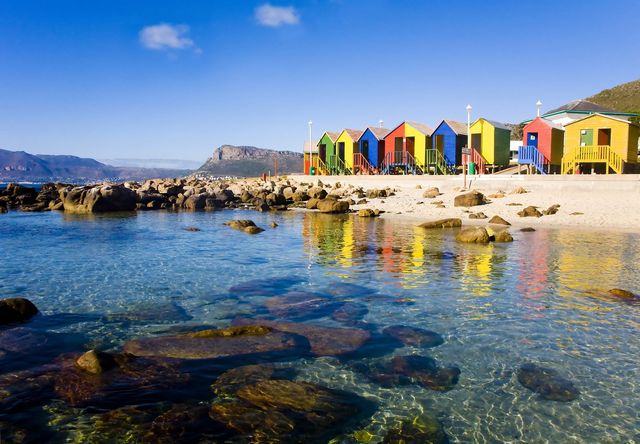 The climate is warmest and dry with between October and April. A strong southeastern wind blows clouds over the mountains in December and January. Go between February and April to beat the crowds. July to September is cool and crisp.

Looking for some advice! my fiance and I have narrowed down our honeymoon options to Bora Bora and South Africa. I would like to do Bora Bora but I feel like for that kind of money, we will just be...

FH and I were set on New Zealand for our honeymoon. We were speaking to the travel agent & a booklet for South Africa and Safari caught my eye. Original plan was to traveling Auckland to Wellington...

Has anyone done a South Africa (Capetown) honeymoon? We really want to go however we need to be on a somewhat tight budget. People keep recommending the Cape Grace hotel to me but it's almost...