2.    one of the three periods of life; youth, adulthood, and old age

3.    a period of the year characterized by particular conditions

4.    a period when something is best or available

5.    a period of the year immediately before and after a special occasion

7.    to mature, ripen, or condition by exposure to suitable conditions

Jason and Jada Andre have always dreamed of working together to create beautiful art, but as time passed, both tended to their own passions; Jason to the ocean, music, and film and Jada to crafting, writing, and drinking tea. After seven years of marriage, developing separate professional careers, and many seasons of change in their lives, they began to talk again about their original dream.

Never realizing the potential of their combined talents, Jason began having conversations with other close friends who were artists and dreamers, one of which who had just taken up wedding photography. That friend had to quit his day job, because there were a lot of people getting married! The photographs he took were amazing and told a beautiful story as far as they could, but the friend was surprised and even disappointed that there was no one there capturing the movement and sounds of those weddings to tell the rest of the story.

The elements of storytelling; music, lights, dancing, emotion, friends, family, romance were all there. So who better was there to capture and tell those stories in an elegant, classic, and timeless fashion then than two artists and dreamers? Professionals in their own right, they knew the timing, the details, and the intimacy of what a marriage and a wedding really meant on that day and the lasting memories it has, many seasons down the road.

Now, after after an amazing decade of life, learning, and love, hand in hand with their team of friends, they are Seven Season Films; a cinematic documentary style film company. 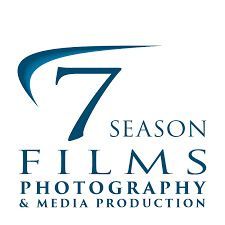