Premier Entertainment was established in January of 2009. We started out as a small company in New Jersey providing entertainment services to small events like babyshowers and Sweet 16s. Since then, much has changed. We’ve traveled the globe performing at private events at some of the most luxurious and exclusive venues. Our DJs have headlined the hottest nightclubs in the United States rocking venues for thousands of people!

Throughout the years, co-owner DJ Insomnia, has become one of the most popular and highly touted nightclub DJs in the country. You can see him in and out of clubs playing for crowds that reach 2000 people. His experience in nightlife and attention to detail in private events has helped him form the DJ crew you see today. Premier Entertainment has become one of the top South Asian DJ companies with worldwide recognition and respect. Every event is treated like our first one and our clients are forever treated like family. We invite you to join our family and let us rock your night away!

We provide everything and anything you'll need for your upcoming celebration!

We travel all over the world. We've performed at some of the most elegant venues in places such as Aruba, San Juan-Puerto Rico, Grand Cayman Islands, Los Cabos-Mexico, Island of St. Maarten, London-England, and all over the United States.

For Videos, Audio Clips, and more; visit us at www.PremierDJsUSA.com 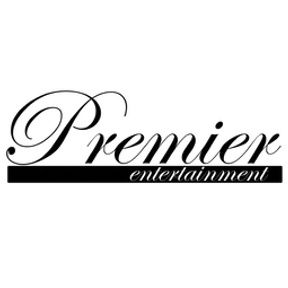 Vaarij Kadakia, better known as DJ Insomnia, has a career spanning over 20 years! In those 20 years, this seasoned veteran has performed at some of the most luxurious and exclusive venues around the world.

His love and curiosity for DJing began at the tender age of 6, but It wasn't until March of 1999, when DJ Insomnia was able to convince his Dad to purchase him two Technic turntables and a mixer. Days, weeks, and months passed as DJ Insomnia sat in his basement, honing his skills to become one of todays top South Asian DJs. The saying goes practice makes perfect - to this day, you can find Insomnia practicing as he did many years ago; constantly working on perfecting the craft in which he has fallen in love with.

In 2004, his love for Indian remixes was replicated through the release of MIXOLOGY. Mixology was DJ Insomnia's first venture into the Indian remix market and was garnered by some as the top Hindi Remix CD of 2004. This project had earned him gigs all around the country, as well as his first event in Puerto Rico in 2005!

In 2009, DJ Insomnia co-founded Premier Entertainment, a private event organization that provides top-notch entertainment to the greater South Asian community around the world. DJ Insomnia's consistent work has earned him some spotlight, such as being featured on USA Network's website for a special webisode interview with Royal Pains star Reshma Shetty. DJ Insomnia was Reshma's exclusive DJ for all of her wedding events.

With so many milestones already achieved and so many more to conquer, DJ Insomnia looks forward to providing incomparable entertainment services to all his clients.

With over a decade of experience, DJ Ambition shows that his passion for music is incomparable. Turning up crowds of all different ages, he certainly sets the bar higher for DJs. As he mixes and blends between genres immaculately, you’re guaranteed to have a good balance of each one you desire. Precision mixing and turntablist scratching are just a few tricks under his sleeve without losing the professionalism and class of a private event entertainer. Sometimes you'll even catch him singing along to your old school favorites! DJ Ambition is an enthusiastic, outgoing, and captivating entertainer who’s guaranteed to rock the night away!

Originally the newest addition to the Premier Entertainment family is now a seasoned veteran! DJ Gaurav Kumar has been rocking events since 2006 and his experience has led him to become one of the nation’s top entertainers. Performing worldwide, Gaurav has had the pleasure in playing at some of the most luxurious venues and resorts. With Gaurav behind the DJ booth, expect to hear all genres of music ranging from best of the east; Hindi/Bollywood, Punjabi Bhangra, Gujarati Garba and South Indian hits - to the best of the west; Hip-Hop, House, Pop and much more. His unique abilities enables him to fit the taste and preference of all his couples and clients. His expertise and ability to read a crowd brings a high level of energy and will guarantee a memorable night for all of your guests.