Jim Falbo is an accomplished and eclectic Twin Cities based guitarist with over 20 years of experience in his craft. Jim is the winner of the 2019, 2018, 2017, 2016, and 2015 WeddingWire.com Couples' Choice Awards for ceremony musician. He has studied with renowned guitarists and musicians and is a member of the Minnesota Guitar Society and also the Guitar Foundation of America. He enjoys playing in ceremonies, cocktail hours, and reception dinners throughout the Twin Cities. Aside from weddings, he is a performer in various events throughout the Twin Cities and upper midwest including music halls, corporate events, historical mansions, museums, and outdoor bandshells. His recordings have been featured on 99.5 classical MPR and 88.5 Jazz FM throughout Minnesota.

Jim's repertoire is extensive and includes classical/romantic European (Bach, Mozart, Schubert, etc) Spanish, Latin American, Brazilian, pop classics, and contemporary music. He incorporates the right pieces into each wedding whether it be traditional or non-traditonal. Acoustic fingerstyle guitar is also something he excels at and he enjoys playing contemporary tunes from the Beatles, Neil Young, and Stevie Wonder. Some popular contemporary artists in his repertoire include Jack Johnson, Fleetwood Mac, John Legend, Sara Bareilles, Christina Perri, and John Mayer among many others. Song requests and guitar transcriptions are his specialty. He has transcribed music for solo guitar from many diverse artists including Elvis Presley, the Beach Boys, The Jackson Five, Jason Mraz, Stevie Wonder, and many more. Keeping bridal parties happy is his number one priority and he works directly with each party to meet their demands.

Here is a youtube video of a popular wedding selection Jim has transcribed for guitar: Elvis Presley's "Can't Help Falling In Love" 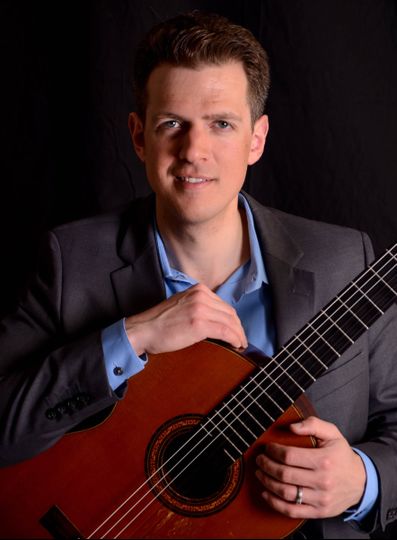 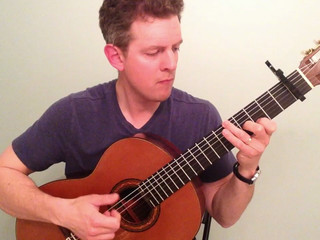