Brent and Jess created the first fingerprint wedding bands in the early 2000s. In 2007 they finally had the opportunity to pursue their dream of starting their own business and began listing the Original Custom Fingerprint Wedding Band in sterling silver on the fine craft website Etsy.com. The idea was picked up by several wedding blogs, and customers quickly began asking for the rings in finer materials.

Master Jewelers with more than 15 years experience, Brent and Jess were certainly qualified to begin crafting their rings in precious metals. While the Original Custom Fingerprint Wedding Band is still offered in sterling silver, Brent and Jess have expanded their line over the years to include many fingerprint jewelry creations in bronze, gold, palladium, and platinum. see us at www.brentjess.com

Brent and Jess both graduated from the Maine College of Art with Bachelor of Fine Arts degrees in Jewelry and Metalsmithing. Brent worked closely with Tim McCreight and was featured in one of his metalsmithing books. 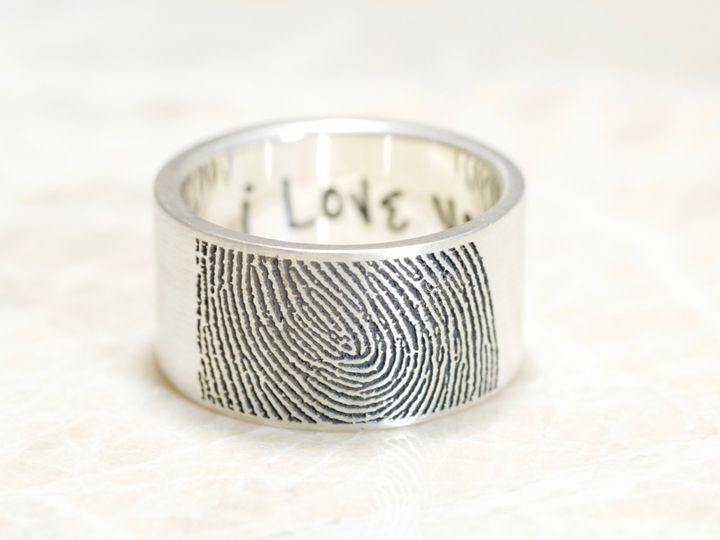