Alan Meade is an energetic performer, singer, and DJ who’s been in the entertainment biz for over 20 years. Alan was born in the country of Panama, Central America and moved to Orange County California at a young age where he discovered his strong love for music and singing. Alan started his music career as one of the original members of the Grammy Award winning group No Doubt first as trumpet player and then as co-singer alongside Gwen Stefani. His love for performing has never ended and he continues to sing with his new band Starpool, which consists of all former members of the band Save Ferris. In 1995 Alan spent a few years as the resident DJ at the Popular Orange County dinner theatre Medieval Times, having a vision and a dream to one day run his own DJ company. He began researching DJ artistry and methods so that he could DJ private parties and small events in his spare time. Finally, in 2005 Alan took his love for music to the next level by opening up his very own mobile DJ service and began playing for schools, corporate events and weddings. Ultimately Alan’s speaking, singing and delegating skills would prove the perfect combination for the ultimate wedding DJ and has become his specialty. Being a DJ is Alan’s full time job and his full time passion. Alan is set apart from other DJ’s by his ability to relate and adapt to any group, and his natural emcee ability without being “over the top”. Alan gladly gives clients full control of song choices and planning but works closely with them to ensure all of their questions and concerns are always addressed. Alan also likes to personally meet with clients beforehand to go over all details for a flawless event. 5 Star Mobile DJ Service is currently on the rise in a competitive field and has only begun to scratch the surface. At 5 Star Mobile DJ we believe that music is the soundtrack to your life. Allow us to help create those long lasting and fun memories set to music! 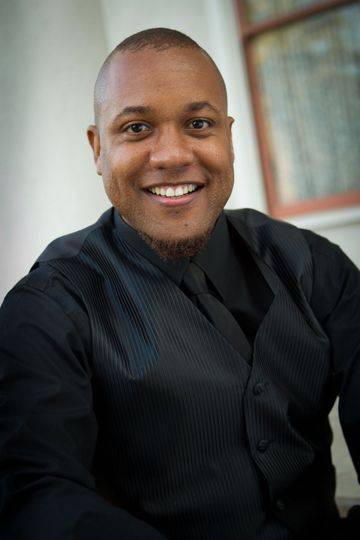