Spend your first days as a married couple in one of the world’s most iconic cities; London is a city bursting with life that lives up to the hype and still holds a few secrets for you to discover.

Kick off your married life in London where cutting edge pop culture blends with millennia old history to create an urban playground with iconic sights around every corner. If you’re looking for trendy restaurants and bars, world-class museums and theatres and plenty of “Ooo look! That’s from that film” moments, London is for you! Take advantage of free entry to some of the world’s best museums and explore the city by foot. Big Ben, Buckingham Palace, Westminster Abbey and Hyde Park are a few of the top sights but you might just stumble across a 16th century building or round a corner to see a stunning view(We recommend Primrose Hill on a sunny day!) After walking all day, ditch the pre-wedding diet in style and eat your way around the world with everything from inspired street food markets to celebrity hangouts in Mayfair. London is a foodie’s paradise and it’s where many of the world’s top chefs try out their latest culinary creations. There’s always something quirky going on in London so make sure you do some research before you go & don’t miss out on a Secret Cinema or a pop-up campfire club! With some of the best nightlife in the world and everything from super-clubs to secret speakeasies, you’ll have plenty of opportunity the next morning to take advantage of all of the latest brunch trends with bottomless prosecco or bottomless bacon to name a few!

Start planning your London honeymoon with this handy guide. 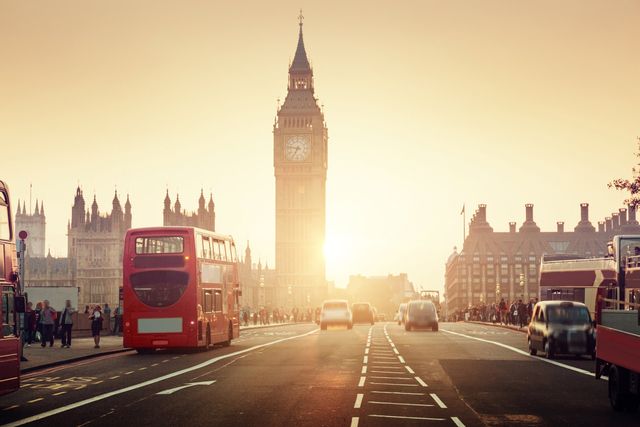 London is known for it’s rain so make sure you bring an umbrella at any time of the year! The sunniest months are often May, June and September and although it’s busy all year round in London, the busiest months are July and August when you can expect to pay a premium. Christmas is a great time to visit with open air ice-rinks, christmas lights and a winter wonderland at Hyde Park. January to March are quieter months where you can save money, not have to battle as many crowds and take advantage of the best time at the theater, ballet and opera but be prepared to dress warmly!

We are getting married in Rangeley, Maine. We are from Minot, ME. We are looking to have a New England honeymoon to keep it low key, fun and relaxing. We’ve been looking at going to Vermont for a...