If you've been searching for a serene, lush location to celebrate your nuptials, an Ireland honeymoon may be exactly what you've been dreaming of. 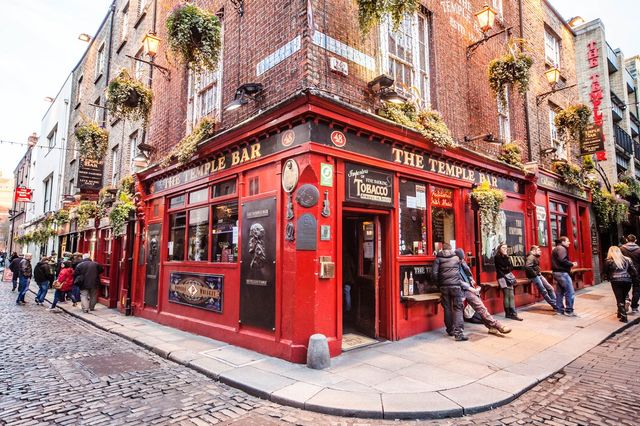 Lush, green rolling hills, plenty of welcoming locals who ask you to share a pint (or three) and warmer days with chilly nights—why wouldn’t you want to trek to this European country? For a honeymoon that’s drenched with history, cliffside views and romantic fireplace suites built for two, this gaelic nation offers a different take on the traditional getaway. In Ireland, you can rent a car and make your way through the winding highways and countryside, stopping in small towns and ingraining yourself into this family-like culture.

To make it a vacation you’ll be telling your grandchildren about one day, check out our guide to an idyllic Ireland honeymoon. 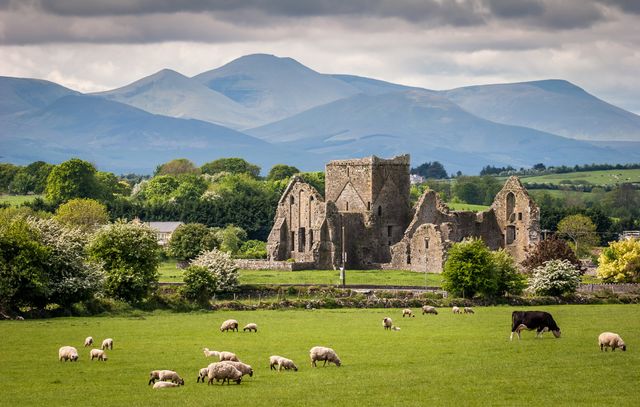 Because of its location in the Atlantic Ocean, the temperature in Ireland is often mild, windy and rainy. Even so, you likely won’t ever be freezing here, as long as you pack the Irish wardrobe of layers of sweaters, socks and long johns. For the most amount of sunshine and comfortable days to sightsee and witness the natural beauty of this country, set your honeymoon dates anywhere from March to May or September to November.

From the capital city to the town where Irish newlyweds flock to with castles and decadent delights—you have your pick of the crop for spots to celebrate in Ireland. Here, a few to consider.

More likely than not, your first stop will be the capital city of Dublin on the east coast. Here, you’ll enjoy strolling through the charming cobblestone streets as you venture through the pubs and check off landmarks. From the 13th-century Dublin Castle and the infamous St. Patrick’s Cathedral, which dates back to 1191, you’ll be dazzled by the rich history paired with neighborhood vibes. While you’re here, it is worth it to hold hands as you wander through the National Museum, to learn more about the background of this city. Like most big cities, you’ll feel part of the hustle-and-the-bustle, though arguably less intense than other cities in the area, like Paris or London. If you’re on a budget, book a moderate hotel here, since you’ll want to spend your dollars to stay in a castle. Yep: a castle.

This harbor city is on the west coast, right where the Atlantic Ocean marries the River Corrib. As a smaller town than Dublin, you’ll spend most of your time in Eyre Square, a local hub that hosts traditional Irish pubs, live Irish folk music, restaurants and other remnants of its history dating back to the 18th century. You’ll also want to venture to the Latin Quarter to get lost in the countless winding lanes, which are still home to medieval city walls. A few hours around this city is the region of Mayo, where you have your pick from several historic castles that have been transformed into luxury resorts. You can upgrade to various suites—some with fireplaces and indoor hot tubs, personal butlers and beyond.

On the southwest coast of Ireland, you’ll find Cork, an inland destination. A quaint town, Cork allows you to feel much more like a loca, as you browse through the English Market, tour the cathedral and make a pit stop by the Cork City Gaol, dating back to 1824 and resembling a castle. If weather permits, take a day hike to see the 18th-century Shandon Church atop a hill, which is the symbol of this city. What you’ll appreciate the most about Cork is wasting time here, relaxing, staying in bed and breakfasts and sampling the local fare—and drinks.

If you’re driving your way through Ireland, you’ll probably take the scenic route of the Ring of Kerry. One of the most popular stops is this town on the southwest shores of Lough Leane. For adventurous duos who choose to hike for their honeymoon, here is where the Kerry Way walking trail begins and ends, too. When you rest your car or legs, tour through the 19th century architecture including the beloved St. Mary’s cathedral. For a day of relaxing, stroll through Killarney National Park to see gardens, older homes and much more.

Hey everyone! My fiancé and I are thinking about planning an Ireland honeymoon. We are thinking of a 7-8 night trip and possibly splitting the time between a couple different areas. Does anyone have...

Hello ladies! We are thinking of Ireland for our HM. Initially I was looking at different companies that book your entire trip for you, but have read awful reviews about either the flights or the...