Chaotic and energetic in equal measure, Bangkok Thailand is an exhilarating destination to experience your honeymoon.

Survey the capital’s ancient temples to reveal its prominent role in the history of the Thai Kingdom. Meander down the beckoning alleyways for Bangkok’s favorite street eats. And observe the city’s modernity by shopping in their multi-story luxury megamalls. A place where centuries old golden stupas share the skyline with futuristic skyscrapers, there is no other city that presents such a stark contrast. Exotic Bangkok is a sanctuary for history buffs, fervent shoppers and ardent food lovers.

No matter what your interests may be, a Bangkok honeymoon can satisfy any couple. 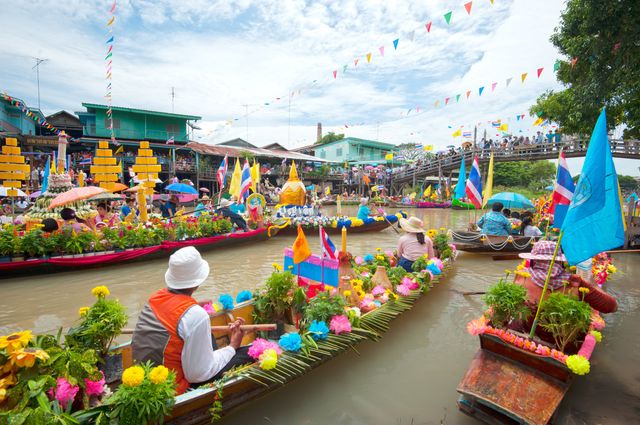 Though hot year round, Bangkok’s dry and coolest season spans from November to February. December is the peak travel month with soaring prices. The tropical monsoon season from July to October sees rainstorms, while March through June remains hot and humid.

We first went to a Travel Agent to help establish a budget for a 10 day honeymoon to Thailand. She came back with an itinerary of about $10k for the both of us. We thought it could be much...

My fiancé and I are torn between Tahiti and Thailand for our honeymoon. Anyone have suggestions to help us pick a destination for a July wedding? Thanks!!

Torn between both. Have a whole trip mapped out to Thailand but now fiancé throws out Belize. Torn! I’m a traveler and I be is not but think he’s just nervous