Style Matters is a DJ and entertainment service operating out of Chicago, Illinois. The team of talented, friendly, and professional DJs creates vibrant celebrations your guests will remember for years to come. Dedicated to personalized service, the team tailors every experience to the needs of their individual clients, ensuring a one-of-a-kind celebration for you and your guests.

Style Matters offers a range of services to ensure that your requirements for your wedding day can be met. The team gets to know your preferences and music tastes through ongoing consultations and a questionnaire designed to enhance your personalized experience. The annual spring DJ showcase allows couples the opportunity to get to know the team and experience their styles and approaches to event entertainment. With a vast library of music to choose from, your DJ will carefully curate a setlist specifically tailored for your celebration. 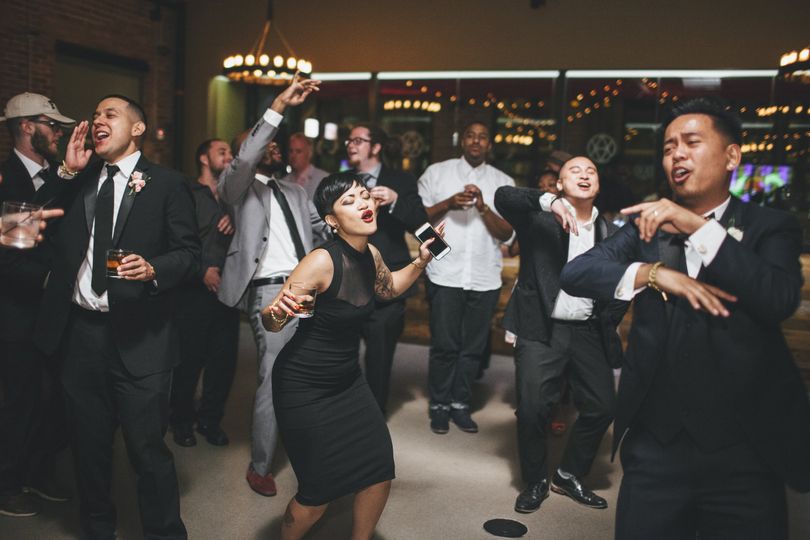 A classically trained violinist since four, Style Matters’ lead man would be lost without the guidance of sound. A beat nut since the very beginning, he’s been spinning records since his formative years. His musical interests span from contemporary electronic funk to classical compositions centuries old. As one-third of popular DJ collective Orchard Lounge, he tours the country regularly (with recent stops at both Lollapalooza and Coachella), pushing futuristic new sounds to the open-minded masses. He was chosen as BPM magazine’s Next On the Decks grand prize winner for his “Land of Nod” downtempo mix, has performed on NPR and at world famous venues like Meow Wolf, Red Rocks, The Fillmore Theatre, Pritzger Pavilion, and The Bean in Millenium Park. He was also recently mentioned in the Arts section of the New York Times. Spencer and his wife, Bethany, opened their own private event space in WestTown called Ovation (Ovation Chicago ) in late 2014. Ovation is home base for the entire Style Matters collective, and a blank canvas for all of their creative endeavors. In 2019, they took ownership of Greenhouse Loft, as well.