Kirsten will bring exceptional taste and style to your wedding, corporate, or private event. Whether your event calls for timeless classic sophistication or a modern edge, Kirsten will design the musical ambiance to fit your needs. From Bach to Stevie Wonder, Kirsten's solo harp music is the perfect choice for unique entertainment.

KIRSTEN AGRESTA COPELY has charmed audiences internationally since she began study of the harp at the age of five. She has performed extensively as a solo artist throughout the United States, Europe, South America, Israel, Japan, and the South Pacific. From soloing center stage at Carnegie Hall to performing with Beyoncé at The White House, she offers traditional to modern music styles that create the perfect ambience for any occasion.

She has performed on NBC, CBS, and ABC-TV and made appearances on MTV, Saturday Night Live, Late Night with David Letterman, The Early Show, and the Today Show. Kirsten was also seen on the 2014 & 2015 CMA Country Christmas shows, playing with LeAnn Rimes, Idina Menzel, Carrie Underwood, Dan & Shay, and host Jennifer Nettles. In Madison Square Garden, Radio City Music Hall, Rockefeller Center, and the outdoor concert venues of Live8 and Lollapalooza, Kirsten has played alongside artists such as: Lady Gaga, Stevie Wonder, Jay-Z, Beyoncé, Michael Bublé, k.d. Lang, Alicia Keys, Kanye West, Adam Levine, Michael Bublé, John Legend, The Roots, and Enya. She is featured on Erykah Badu's album, New Amerykah Part Two: Return of the Ankh and can be heard on albums with Evanescence, Lionel Richie, Alison Krauss, Bonobo, and numerous movie soundtracks, including "Night at the Museum: Battle of the Smithsonian" and "Sex and the City 2." 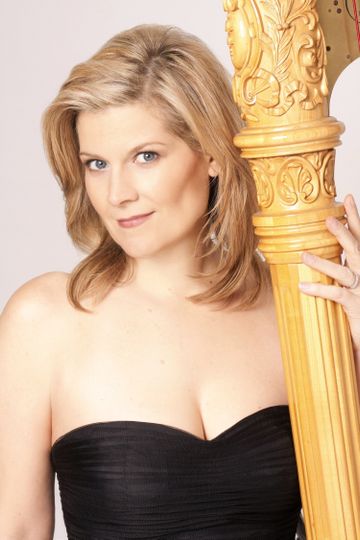