Boiling Frog Entertainment, LLC is a business of award-winning filmmakers who provide distinctive wedding videography services via #PrideJoyLegacy, and takes great pride in serving the LGBTQ+ community. Co-owners Kurt Weitzmann and M. Thaddeus Ronquillo are driven to capture each couple’s entire wedding legacy, including joys and struggles along the way. With this caliber of wedding documentary, gay or straight, you can cherish every perfect moment in the years to come.

Kurt is head of all creative teams at Boiling Frog Entertainment, LLC; M. Thaddeus is the business side to the company as the Head of Operations. Both have earned recognition for their artistic works.

Kurt began his career at the infamous HOLY CITY ZOO, working with such personalities as Robin Williams, Dana Carvey, Patton Oswalt, and Margaret Cho. Kurt was a finalist in the prestigious San Francisco Comedy Competition in 2015.

M. Thaddeus co-directed The Good Bus, Official Choice of I Will Tell International Film Festival 2017 in London, and co-directed the short play B-13, finalist in Pianofight’s Short Lived 2019 Competition. A native San Franciscan who graduated as a Valedictorian from Sacred Heart High School (now Sacred Heart Cathedral Preparatory), he attended law school and for a time provided non-profit legal assistance to San Francisco's survivors of domestic violence and senior abuse.

#PrideJoyLegacy wedding services from Boiling Frog Entertainment go beyond the traditional wedding video format. You can anticipate a deep and individual wedding documentary as this team takes interviews of your loved ones, asking about key events along the way. These personal accounts along with footage of your ceremony and reception are crafted into a captivating story of your wedding journey. All footage will be taken in 4k video through multiple cameras, with aerial drones available for additional coverage. Your wedding documentary can be made available as a digital download and on USB flash and hard drives. 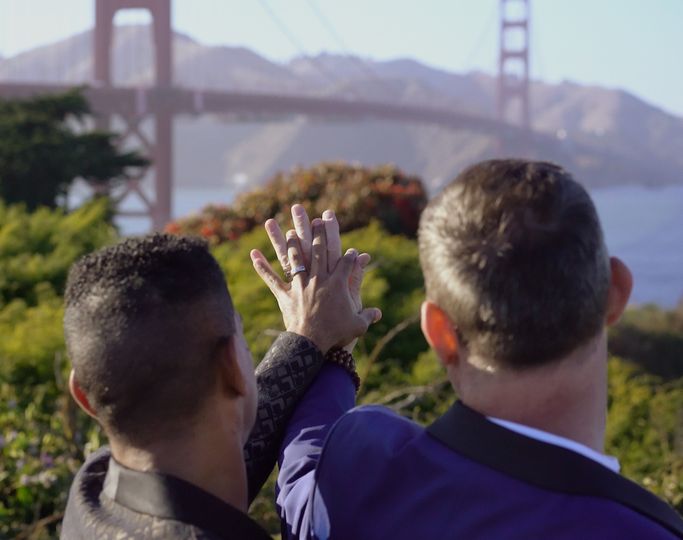