Big Day Productions is an L.A.-based, female-owned boutique wedding film company working in collaboration with a few seasoned wedding filmmakers. Their focus is creating cinematic wedding films for couples to look back on for years to come.

Our packages include variations of the following elements:

Creative Producer and Cinematographer at Big Day Productions, Bianca Smith, was born to parents in the motion picture industry and grew up visiting film sets, and it was there that she became fascinated by the craft of filmmaking. In 2007, she learned to edit videos and fell in love with the process. In 2012, she graduated from The Los Angeles Film School and immediately began working on feature films. She worked up through the ranks of a variety of productions to eventually work as a 1st Assistant Director. In 2016 she left the feature film world to devote her knowledge and skillset to launch Big Day Productions. 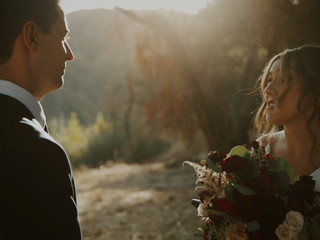