For us, it’s all about the party. If you dream it, we'll create it. Traveling across the state and hosting events at the Louisiana Culinary Institute or award winning restuarant BRQ Seafood and Barbeque. Whether it’s a wedding reception, rehearsal dinner, baby shower, private wine or bourbon dinner, fundraiser, or birthday party, we’ll attend to every detail, so that your dream event becomes a reality.

To ensure your next big celebration is a memorable one, make sure you have the top Baton Rouge Catering Company on your list in Bacon and Fig Events.

When you partner with Bacon and Fig Events, you are linking to more than a catering company. You are collaborating with a family of companies with a deep-rooted history of experience and success in the culinary and hospitality sector.

Bacon and Fig Events caters 7 days a week and customizes the perfect menu for your next event. 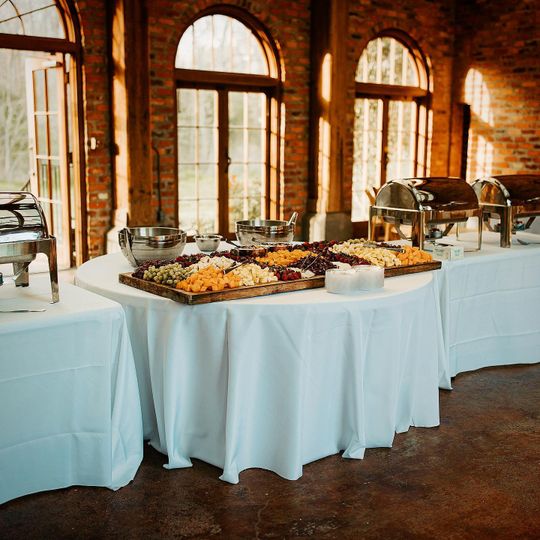 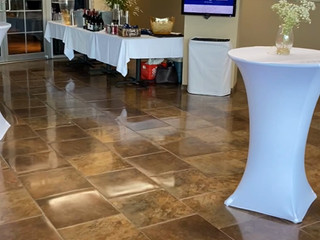 Born and Raised in Chicago, Charlie moved to Baton Rouge in 2008. He helped expand the family business Louisiana Culinary Institute (LCI), to one of the premiere culinary schools in the country. After creating and maintaining several professional relationships, Charlie has worked with some of the most prestigious American institutions, including Food Network, and Cooking Channel. He felt with his experience it was time to expand and create something unique.

Charlie believes in supporting LCI graduates and went into business with Executive Chef Justin Ferguson. In 2017, they opened award winning BRQ Seafood and Barbeque restaurant along with their catering wing Bacon and Fig Events.

Charlie’s true passion is hospitality, being accessible and accountable.

April is the Compliance and Chief Financial Officer for Louisiana Culinary Institute (LCI). She is also an owner of BRQ Barbeque and Seafood Restaurant, Bacon & Fig Events and Uncle's Seasoning and Spices. April's responsibilities at LCI range in scope, including ensuring accreditation and legal compliance for the school, assisting with curriculum compliance and development, and budgeting and fiscal decisions. If that isn't enough, April also oversees most of the employees at LCI, and she occasionally teaches management, psychology and English courses at the school.
April attended the Louisiana School for Math, Science and the Arts for high school in Natchitoches, LA. She received a BS in English and Psychology from LSU. She also earned a Juris Doctor, Health Law Certificate, and Masters of Law degree (LL.M.) from Loyola University Chicago School of Law.
While in Chicago, April held several positions at the Centers for Medicare and Medicaid Services(CMS), including Special Assistant. She oversaw a major group plan during the implementation of Part D benefit and earned several distinguished awards for Part D work, Change of Ownership work and other projects. During her time at CMS, April was a part of an exclusive group that did outreach on Part D with members of State Representatives and US Congresspersons. If she is not at LCI or BRQ, April donates her time to several volunteer organizations. She is a co-founder of Baton Rouge Emergency Aid Coalition (BREAC), a group of 6 moms that formed after the 2016 Flood in Baton Rouge. BREAC aided several groups affected by the 2016 flood, multiple hurricanes, and local disasters. In 2016, BREAC was recognized by In Register Magazine on the cover of its "Women with a Cause" issue. April is also a trustee for the LCI Foundation. This trust administers scholarships to graduates who exhibited outstanding performance during their tenure at LCI and need-based scholarships to currently enrolled students. The LCI Foundation also, as part of its mission, assists with feeding the hungry by cooking items and distributing them to vetted food pantries. This includes the monthly Mighty Moms pantry in Livingston Parish. April is one of the Greater Baton Rouge Business Report's "2017 Forty Under 40" awardees. In 2019, she was also the recipient of the LSU Women's Center's "Espirit de Femme" award. She is married to Charlie Ruffolo and has two wonderful boys, Giovanni and Luca.

At Bacon & Fig Events, what does the full wedding catering service cost include?

At Bacon & Fig Events, the cost of the full wedding catering service includes:

At Bacon & Fig Events, what does the bar service starting price include?

What event services does Bacon & Fig Events offer for weddings?

What catering services does Bacon & Fig Events provide for weddings?

What types of cuisine can you find at Bacon & Fig Events?

At Bacon & Fig Events, you can find the following types of cuisine:

What dietary needs can be accomodated at Bacon & Fig Events?

At Bacon & Fig Events, the following dietary needs can be accomodated:

What type of bar services does Bacon & Fig Events provide for wedding events?

What type of food and beverage items does Bacon & Fig Events provide for wedding services?

To cater to all tastes, Bacon & Fig Events offers the following food and beverage items:

What percentage of users recommend Bacon & Fig Events and which are the most valued aspects of their wedding services?

Bacon & Fig Events is recommended by 100% of couples who have used their services. Their overall rating is 5.0, with the same score awarded for quality of service, flexibility, value, professionalism and average response time.