Andrew Bicsey is a guitarist, singer, and songwriter for hire based out of Pittsburgh, Pennsylvania. He has been playing music professionally in and around the Pittsburgh area since 2005. He endeavors to play all styles and genres. Request a song list and price sheet today!

From a young age, Andrew Bicsey studied electric and nylon string guitar with Jim Relja. He later studied under Ken Karsh at Duquesne University. Professionally, Andrew Bicsey began instructing guitar lessons at Jim’s Guitar Works in West Elizabeth, Pennsylvania. Currently, he is teaching at U Rock Music in McMurray. He has countless acts in his portfolio, some of which include gigs with Randall Troy, Alli Gillis, Larry Lee Jones, Jill West. Most notably, he has also performed with Margot Bingham, the talented singer and actress from the television series Boardwalk Empire. On the romantic side of things, Andrew Bicsey has performed at numerous weddings with The Bachelor Boys, offering a full band for event hires. He enjoys providing solo acoustic entertainment for weddings and has been steadily helping couples ring in the new chapter of their lives for almost a decade.

Andrew Bicsey would love to provide you with a specialized ceremony, cocktail hour, and dinner consisting of live music which you play an influential roll in. To help boost your celebration, DJ services or electric trio-5 piece hires for receptions are also available. Andrew Bicsey is available for travel in the tri-state area as an add-on, depending on the location. Services offered include: 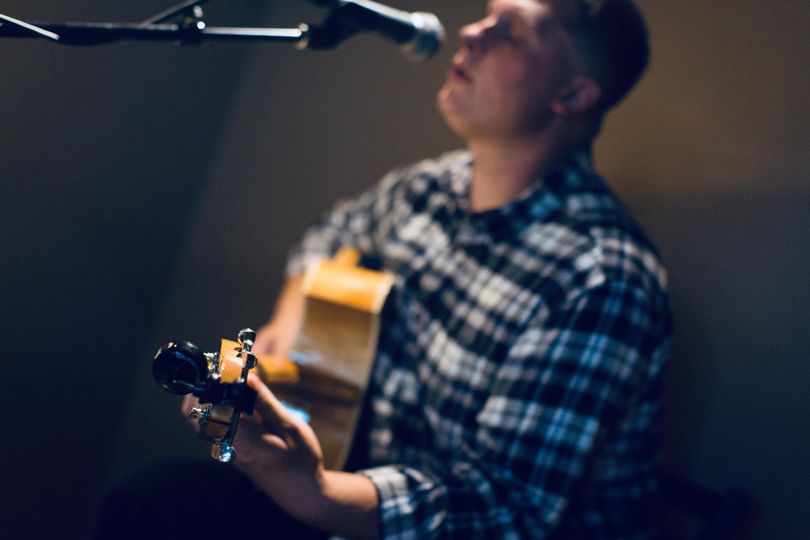 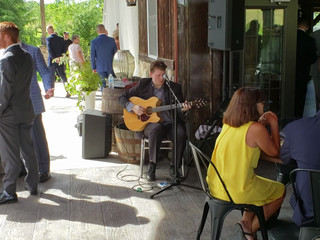