Back to DoubleTree by Hilton Memphis Downtown 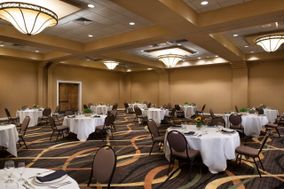 Recommended by 73% of couples

9
Order by:
Write a review