ARE YOU A VENDOR?
Back to Chef's Table Caterers & Event Planners 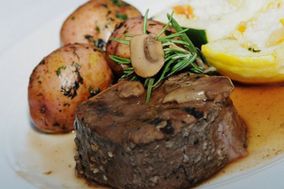