ARE YOU A VENDOR?
Back to angel bridals 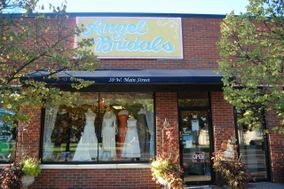 19
Order by:
Write a review