A no-passport needed Caribbean getaway with lots of cultural flair—it's easy to see why Puerto Rico honeymoons are so popular.

Puerto Rico may be part of the US, but a Puerto Rico honeymoon here is nothing like staying at home. The island—and three offshore counterparts Vieques, Culebra, and Mona—offer a culture all their own, in a tropical paradise fit a romantic getaway. While much of Puerto Rico was heavily damaged in the 2017 Hurricane Maria, there is still plenty of life and romance to be found on the island. You’ll find a bit of everything in this diverse territory. For nature lovers, there are secluded beaches, rainforest excursions, and wildlife preserves. You can visit El Yunque National Park, or kayak the glittering waters of the a bioluminescent bay. For city dwellers, there are high-rises, luxe hotels, and casinos to boot. And for everyone else, there is loads of historical culture, charming seaside villages, and plenty of delicious food, from Old San Juan to Parque de Bambas. That’s, of course, not to mention the liveliness of the culture itself. Locals love to celebrate life with dancing and carnivals.

This island is proud of its Spanish heritage, full of joy, and Puerto Rico honeymoons are loaded with plenty of romance. 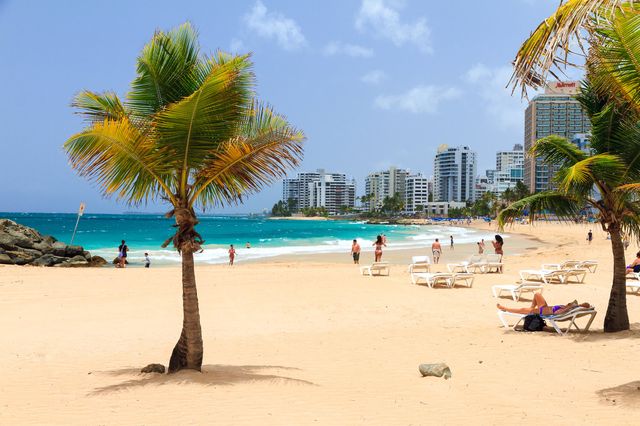 Temperatures rarely dip below 80 degrees in this tropical paradise, but the best time for a Puerto Rico honeymoon is mid-April through May, when the bustling tourism surrounding the winter months and summer vacation begin to lull. Prices stabilize at this time, so you won’t be paying high holiday surcharges. Avoid June through November, which is typically hurricane season for the island.

I am considering Puerto Rico as a honeymoon destination anywhere between December 2022 and February 2023. Does anyone have recommendations for nice places to stay for honeymoon? Hoping to be near Old...

We just booked a beautiful room in Fajardo, Puerto Rico for 7 nights 😍 We have a few excursions planned that look amazing! Has anyone been here or around here have any suggestions on sights or things...

Has anyone gone to or planning to go to Puerto Rico or the U.S. Virgin Islands for their honeymoon? Any recommendations?