Pristine beaches, luxurious all-inclusive resorts and world-class golfing are the main reason many choose to book a Dominican Republic honeymoon.

The Dominican Republic occupies half of the island of Hispaniola in the Caribbean. The terrain is varied with rainforest, beaches and impressive highlands including the Pico Duarte which is the tallest mountain in the Caribbean chain. Several options for a great Dominican Republic honeymoon are available with options ranging from an upscale, all-inclusive resort in Punta Cana to an adventurous itinerary exploring the island’s mountains, rainforests and national parks. Snorkeling and scuba diving are both popular activities off shore as is whale watching and fishing. Several historic sites provide a bit of context to the island’s culture and include a Spanish Fort and an impressive monument built in memory of Christopher Columbus.

Dominican Republic honeymoons are quite popular nowadays, and it's easy to see why. 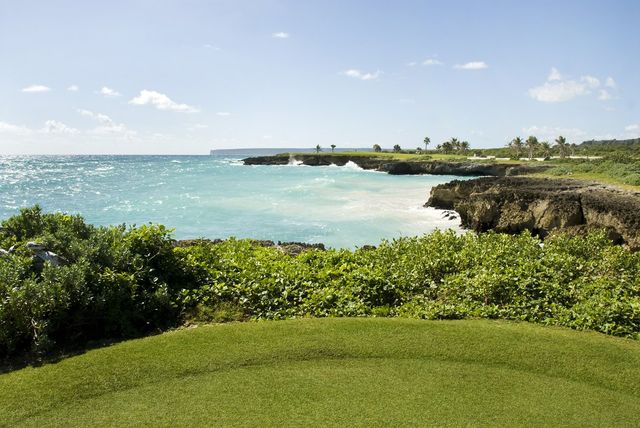 The most popular and most expensive time for a Dominican Republic honeymoon is from December to April which is noted for its beautiful weather. Rainy season is from the end of May until the end of November. This can be a good time to get a good deal if you are okay with a shower here and there and the slight risk of a hurricane.

View all
Honeymoon Picked! Tips and Advice Needed (Dominican Republic)
Katie, on January 5, 2017 at 10:32 AM

Well we FINALLY decided on a tropical honeymoon. DH came around and agreed that all inclusive was the way to go for the least amount of headaches. We are going to the Dominican Republic. Have not...

Which would you rather go and stay at an all inclusive.... Bahamas or Dominican Republic and why???

Hello, my fiance and I are getting married in June. We would like to go to an all inclusive resort in the Caribbean and we are leaning towards Dominican Republic or Jamaica. We aren't going to leave...