Richmond Punch Productions is a wedding band based in Atlanta and Dallas. Richmond, an experienced violinist with more than a decade of experience, can deliver powerful live music on your wedding day. His dynamic and riveting performances will be sure to leave a lasting impression.

Depending on your style, Richmond Punch Productions can play various types of music, including classical, pop, hip hop, jazz and more. His tunes will provide entertainment for your rehearsal dinner, ceremony, reception and cocktail hour. The band offers the following services:

While based in Atlanta, Georgia, Richmond also serves weddings in Tallahassee and Nashville. He is open to travel nationally and internationally.

Richmond Punch is a violin virtuoso who delivers a riveting, dynamic, explosive, and powerful performance! A native of Dallas, Texas, Richmond graduated from the top-rated Arts Magnet Booker T. Washington High School for the Performing and Visual Arts. He honed his craft and earned a Bachelor of Music degree from the famous Juilliard School of Music in New York and received a Master of Music degree from the prestigious Yale University. He specializes in live jazz violin music for all types of special events including corporate, concerts, festivals, weddings and worship. As an accomplished musician, Richmond has produced 4 CDs in various genres that include Classical, Hip Hop Jazz and Gospel. The titles of his four CDs, which are available online everywhere are “Gospel Covers”, Finally”, ‘Back That Violin Up” and “Hymns for Botham”.Throughout his career, Punch has traveled the world dazzling audiences as large as 15,000 from Mexico to Cuba and stateside from Atlanta to Anchorage and everywhere in between. Richmond is a featured entertainer for the Disney Cruise Line Entertainer, Dallas Cowboys Club and Dallas Love Field Airport. He is also a feature on Amazon Prime’s “The Focus.”
Richmond has opened for Idina Menzel from Disney’s Frozen and has entertained Hollywood Royalty and other celebrities that include Viola Davis, Danny Glover, Steven Forbes, Daymond “Sharktank” John, Omari Hardwick, Letoya Luckett, Morris Chestnut, Jewel, Bishop T. D. Jakes, Ross Perot, Kirk Franklin, Kirk Whalum, Nolan Ryan, Emmitt Smith, and Gary Payton just to name a few. He has also played backup for Kenny G and Diana Ross.
For more than 20 years now, Richmond has given much of his time to support non-profit organizations. In addition to sharing his musical talent, he has worked with mentoring programs that include Big Brothers Big Sisters as a mentor and speaker. As well, he has worked with various school districts, HBCUs and other colleges and universities across the country. Richmond currently resides in the Atlanta area. 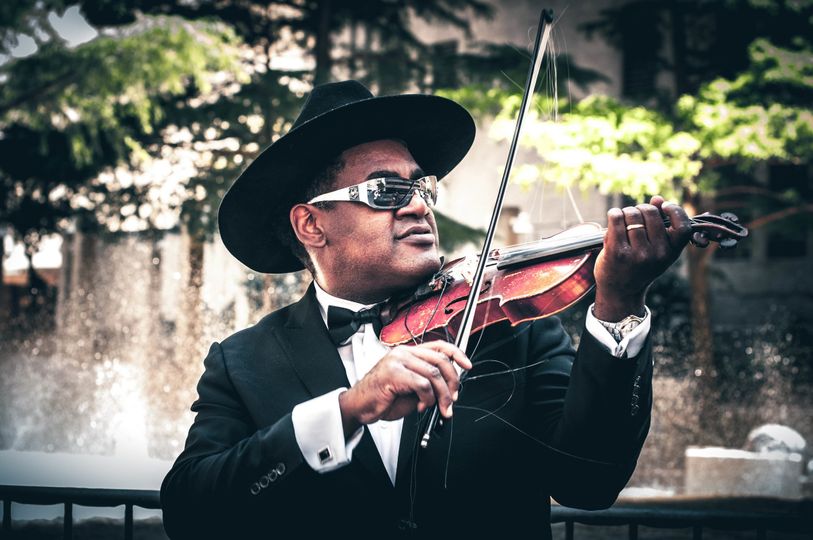