John P. Martinez “Guitarist Extraordinaire” — based out of Albuquerque, New Mexico and serving clients in the Albuquerque and Santa Fe regions — is a musician who specializes in classical and contemporary guitar-playing for wedding events. John is very versatile in his playing and can accommodate your music desires. John also knows plenty of classic hits by The Beatles, Crosby, Stills & Nash, James Taylor, Garth Brooks, and Keith Urban.

Experience
John P. Martinez “Guitarist Extraordinaire” has plenty of musical experience, having graduated from the University of New Mexico as a classical guitar performance graduate in 1986 and from the Guitar Institute of Technology (GIT) in 1987. John also boasts numerous notable performances, including the Tennessee Inaugural Ball in 1998 for Bill Clinton’s second Inauguration as well as TV, radio, night clubs, hotels, private parties, weddings and receptions, arts and crafts fairs, art gallery openings, business functions, and many other performances. 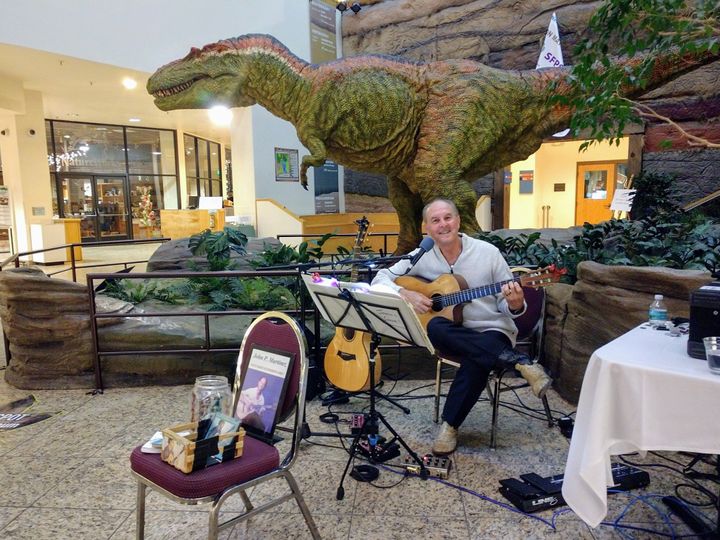