Blonde Ambition Band is a wedding entertainment service based in Kissimmee, Florida. This musical outfit has been in operation for over a decade, delivering electrifying performances to special events of all kinds. Each member of the band is a consummate professional, dedicated to creating a vibrant energy for your big day. You can enjoy a totally tailored experience by working alongside these talented event professionals who always put your needs first.

Blonde Ambition Band can help you create the kind of atmosphere that keeps your guests on their feet all night long. Their standard wedding package includes a musical lineup of up to 12 band members, depending on the size of your space. They provide up to four hours of performance time with background music for breaks, as well as professional sound equipment. The band will learn up to three custom songs of your choice for your couples dance and any other special moments you have outlined. You can tailor your setlist from their vast repertoire, ensuring that the music matches your taste. You can also enjoy the band’s custom on-stage lighting, adding to the celebratory vibe of their performance. 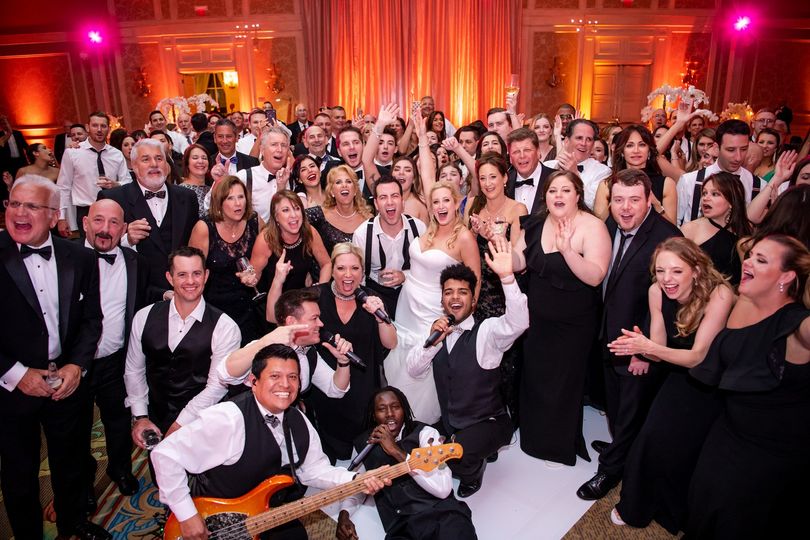 Krislyn Rojas, recently named "one of the Nation's most influential event entertainment professionals for 2020" by BizBash Magazine has entertained and emceed around the globe for clients such as Microsoft, McDonald's, Chick-fil-A, Atlas Van Lines, Philips Healthcare, Abbott, Siemens, Swissray International, Verizon, General Mills, Wal-Mart & Cox Media. In her 20+ years of award-winning professional experience as a singer, dancer, actress, spokes-model, talent scout, choreographer, producer & vocal coach she has been a featured Pop/Rock entertainer in Las Vegas, Universal Studios, Walt Disney World, Sea World, and Soloist for the Cincinnati and Indianapolis Pops Orchestras, Indianapolis 500, Miss Indiana, Miss America, & is a 2004 Vocal Performance graduate of the prestigious Indiana University Jacob's School of Music. She has recorded with Fred Schneider & The Superions, and shared the stage with the legendary Rosemary Clooney.

Former bass player for famed Costa Rican bands La Pandylla & La Seleccion this musical mastermind re-located to the United States in 1996 bringing a fresh new approach to Latin and American cover band medleys and arrangements. "Let's make it our own" is his mantra and as an original member for over a decade, Luis remains an essential secret behind Blonde Ambition's party band history of success.

After becoming a YouTube sensation, this self-taught natural born talent quickly caught the eye of a certain "Blonde" band leader in search of a dynamic male dance band front-man who could deliver soulful, inspiring vocals with a range that was out of this world. After one listen to his rendition of "When A Man Loves A Woman", Rodric was issued a one-way ticket from L.A. to Orlando to join Blonde Ambition full time.