About Above Talk Weddings

Above Talk Weddings is wedding officiant based in Fresno, California. Jo Souza, the officiant, was personally sponsored and trained by Sandy White. She specializes in weddings and vow renewals and has been in the industry for over 6 years. They help marry couples throughout the local area including Clovis, Madera, Sanger and surrounding cities.

Services Offered
Above Talk Weddings can travel to the couple's location and help schedule a rehearsal. Jo Souza officiates any type of wedding such as civil unions; religious, non-religious, or interfaith ceremonies; and vow renewals. She offers customized vows for different religious traditions, which include: 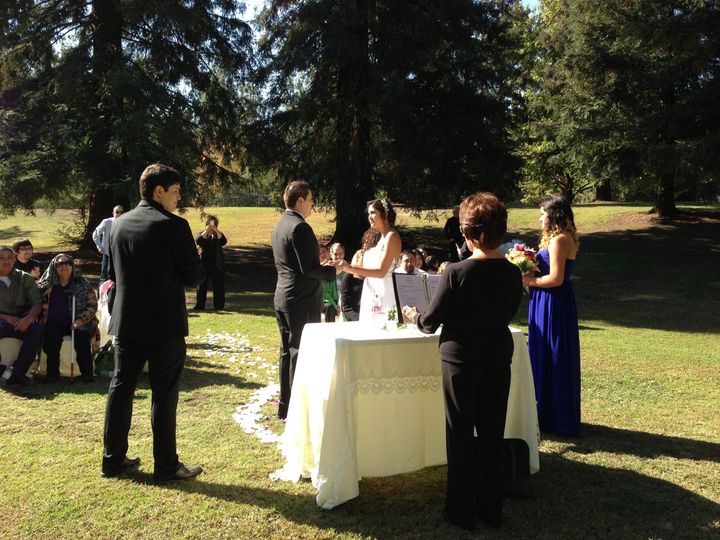 20 Reviews for Above Talk Weddings

Write a review
4.8 out of 5.0
20 Above Talk Weddings Reviews
Sort by:
See more reviews