Back to Sugar Mama's Sweets and Treats 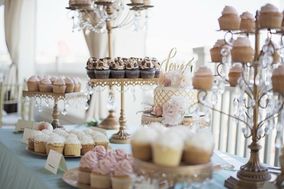 Sort by:
Write a review