ARE YOU A VENDOR?
Back to St. Louis Wedding Consultants 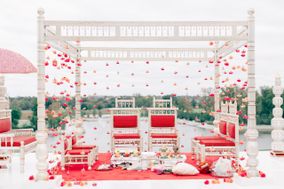