ARE YOU A VENDOR?
Back to Florals by Laurie 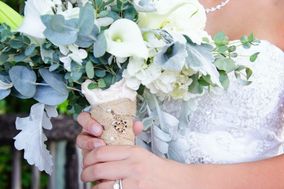 6 Reviews for Florals by Laurie